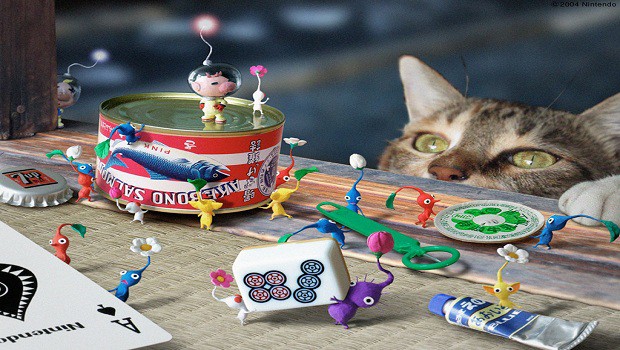 The decision to halt the passage of time when inside the caves proves another poor choice: had the fifteen-minute limit remained, forcing the player to surface in time for sunset or lose their pikmin, the additional challenge could have made these thrilling tests of the player's aptitude for adaptive strategy. What's left is further proof of how removing an unpopular gameplay mechanic does not always lead to a better experience: few claimed to enjoy the original game's time limit (despite it being quite generous), but the formula loses spark without it. Fortunately, the original game got so much right that even the loss of such a subtly crucial ingredient does not prevent the sequel from being consistently entertaining. It's full of those little moments of joy that Nintendo have made such a speciality, such as the transmissions from friends and family back on Hocotate (Olimar's home planet) or the exquisite names for each new 'treasure', giving the same charming spin to everyday objects as the game affords its garden-like world. A slight shame, then, that the environments are so similar to those from the first Pikmin, and actually fewer in number.

The new competitive multiplayer mode, an elaborate variation on 'capture the flag', show the game at its manic best, forcing players to juggle the need to rapidly build up an army, protect their marble (flag), navigate dangerous surroundings and sabotage the enemy. Despite the temptation to lead your troops into a full-force confrontation with the other player at the first available opportunity, it's usually wiser to do so when faced with a losing position and no choice but to try and slow your competitor down. Leading the charge into a massive pikmin skirmish against a friend is every bit as thrilling as it sounds, but winning the game requires a more restrained, strategic command, especially with AI-controlled monsters waiting to gobble up the remains of your squadron. (There's a sadistic pleasure in intercepting an enemy pikmin carrying a treasure back to base, only to bash its head in and take the bounty for yourself). Though the limited co-operative option is less interesting, cross every finger for Nintendo to retain these modes and take them online in the Wii U sequel. Pikmin 2's single-player may not live up to its flawlessly balanced predecessor, but as a multiplayer game it shows levels of inspiration with the potential to topple Mario Kart as Nintendo's premier competitive experience. [ 7 ]
Login to vote this up!