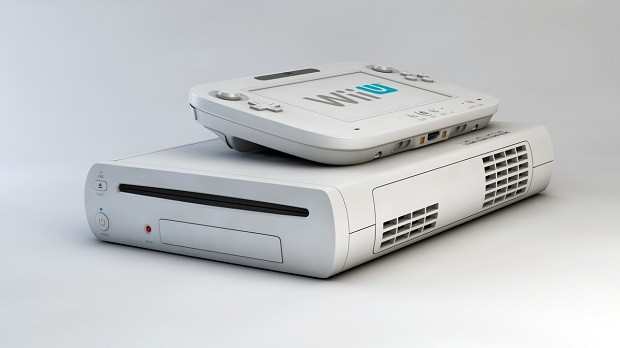 Ah, Nintendo. Always the gaming industry's beloved but slightly batty aunt, sitting in the corner and telling ridiculously weird stories to anyone who will listen. The Wii U has everything to prove this year, and my honest feeling is that it will make it. Nintendo took a serious slap in the face with having to cut the 3DS' price cut so soon after launch and they've been making sensible decisions ever since. The 3DS is building a nice head of steam now, so expect it to have a decent showing, with New Super Mario Bros 2, Paper Mario, Kingdom Hearts: Dream Drop Distance (already released in Japan), Luigi's Mansion 2, Ninja Gaiden 3D and Animal Crossing doing most of the heavy lifting. A new handheld Zelda is unlikely, not least as they tend to be revealed at smaller events, but not impossible.

The Wii U will be the centre of attention, though, correcting the issues from last year's conference with an official unveiling of the redesigned controller (with analogue sticks instead of circle pads) and a formidable roster of third-party games including Rayman Legends (to show off the NFC, as per the leaked trailer), Aliens: Colonial Marines (Randy Pitchford may take to the stage, since he's already said the Wii U version will have enhancements), an EA Sports demonstration, announcements for Resident Evil 6 and Call Of Duty: Black Ops 2 ports, plus Killer Freaks From Outer Space and Assassin's Creed 3, the latter another possible demo. Nintendo have three first-party games in development, one of them already announced as a Mario game likely based on New Super Mario Bros Mii (to work alongside NSMB2 on 3DS), and the second almost certainly the long, long awaited Pikmin 3.

The third game is probably a new game from Retro Studios, and while fans are hollering for a new entry in the Metroid Prime saga, I'm not so sure. While the franchise is a good fit for 'hardcore' gameplay and as a graphical showcase, Retro have previously stated being finished with Metroid for the foreseeable future. A Donkey Kong Country Returns sequel is surely off the table to avoid clashing with the NSMB games, so my long shot will be for an original title. Nintendo have said they want to start building up some new IPs, and Retro represent a strong choice of studio to produce one with strong Western appeal. The longest, maddest, but oh-god-I-hope-so shot would be for an Eternal Darkness returns, what with Silicon Knights needing some cash to pay their legal bills. Don't expect specs, as that's not Nintendo's style (although the first party games should be appropriately stunning for a rough evalution of how much more powerful the console is than those already on the market), and price and date have already been denied. My jaw will drop if the original Wii gets so much as a mention, though.

That's my lot! Remember to bookmark this page so you can come back later for much pointing and laughing. I expect it will take a miracle for 2012 to be anyone other than Nintendo's year, but it should be a terrific show no matter which side of the console divide (rap, yo) you fall on. Will this be the one that finally melts teh internets, or just NeoGAF (again)?

As a final note, remember to give the Flixist Cblogs a go if you're interested in writing about movies for a change. (I know they don't have analogue sticks, but THEY DESERVE YOUR LOVE TOO!) We're trying to build up our community and have a wonderfully eccentric manager in the slinky shape of Liz 'The Yellow Dart II' Rugg. Several of our more regular Cbloggers have already been recruited as front page writers, so it's definitely a 'happening' place to be. See how groovy we are?!
Login to vote this up!