In Your Face: Why the UI is Super-Important and Needs to Stop Being Ignored

9:39 PM on 05.23.2012 (server time)    0
Oh my, it's been a while, hasn't it? I knew I'd falter on the every-week thing at some point, but since I did two articles a while ago I'll pretend nothing happend and move on. Also: By "UI," I'm talking about not just various kinds of menus but also HUDs and similar data displays; this may not be technically correct in game-speak but I need a general term and it's good enough for this article 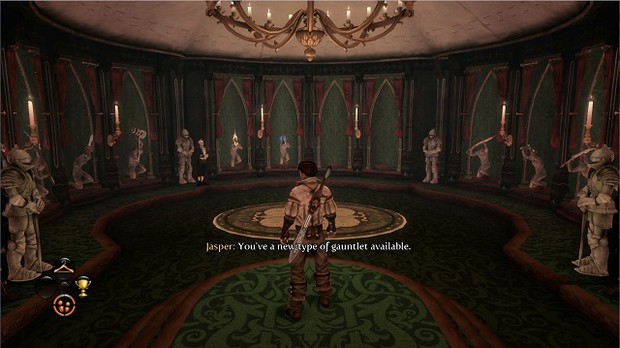 Not only that, but it keeps trying to sell me things

Here's one: does a game even need traditional menus? Of course there has to be an array of technical options tucked away behind a Start or Select button, but imagine slotting in a fresh disc, sitting through the obligatory legal-speak, and then hopping straight into gameplay. A journal (which the player would be conveniently sat in front of) may take the place of a load or even a level-select menu, for example, and the inventory could be just that - a backpack or a briefcase which opens to show its genuine contents, to be rearranged, emptied, or enlarged by the character's own hand. The effective actions and "steps" the player has to take haven't changed - merely the manner in which they are presented.

As technology improves and designers get more creative, I have no doubt that that we'll eventually start seeing some real widespread effort placed into these kinds of things - while I dismissed Gears UI strengths as fairly pedestrian a couple of paragraphs ago, the fact that they are there and are now commonplace does indicate progress is being made. With another console generation on the horizon, another leap can't be far away.
#ShareonCommunityBlogs
Login to vote this up!