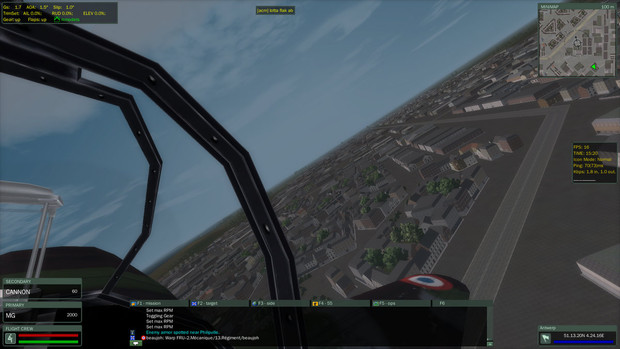 The air war is perhaps the most difficult element of the game to master, and the most rewarding. The extremely realistic physics engine means that it takes some time to get comfortable just flying. Over control the plane? Well, someone'll need to explain to Meg Ryan why you died in a flat spin. Again, not very forgiving, but hugely rewarding in the end. The thrill of surviving a 5+ minute dogfight and seeing the wing shear off of your opponents Me109 (yeah, I usually play allied) is unparalleled. Whole books have been written just on the topic and you can dive as deep as you want.

The graphics are looking pretty dated unfortunately. Despite character models that underwent an overhaul a year or so ago, they still look last generation. I suppose on some level that is a concession to be able to have so many units appear on screen at once, but then again, there are still entirely open fields in some places with flat landscapes. The terrain could stand some work as well.

Overall, it's a great experience. It's unique, and its worth trying out. If you dig hardcore simulations like Arma 2 and want something a bit more massively multiplayer, this might be a game for you. I can be found in game @rcmodels. Or on Twitter @SirKerrald.
#ShareonCommunityBlogs
Login to vote this up!