It's entirely possible that I missed some games, but I'll say this...this list took me a good 4 hours to put together, therefore, if I missed anything, just let me know and I'll fact check it just in case. I'm confident, however, in the top 5 and let me tell you, there are some FANTASTIC games this year. Some not so great ones, too, but mostly fantastic ones. Also, you may be wondering where I've been at.

Well, there's a simple answer to this. Up until a few months ago, I was posting here and at Wonderpod Online. Unfortunately, another site I used to write for as well went down. This particular website contained probably 80% of the things I've written...some of which are irrecoverable now. To ensure this never happens again, I made my own site, which you should totally check out at your earliest convenience.

I don't remember if the first Devil Summoner made one of these lists or not...I'd have to go back and check. Either way, the first one, while certainly interesting and having a kickass opening, was kinda slow, a little hard to figure out, and often the encounter rate got annoying. Devil Summoner 2 fixes all these issues and gives us a more incredible action RPG all around while also tossing an equally great story at us.

Combat is kept very quick and basic while adding layers of complexity in the form of allies and demons. And hey, it's Shin Megami Tensei...did you really think it wouldn't place this year? And yes, I do still have the little Raidou Jack plushie.

Again, not sure if Odin Sphere, a previous Vanillaware project, made it on these lists or not, but that's irrelevant. While Muramasa does suffer from the same amount of repetition as Odin Sphere, one simply cannot deny how incredible the graphics, animation, story, music, and overall style of the game are. Being able to play as two different characters with individual storylines helps, too.

The upgrade system could've been a little better and I definitely pouted when they didn't have a more expansive cooking system like in Odin Sphere, but truth be told, these games are mostly played so you can be wowed by the incredible visuals. Seriously, this game is a living work of art. 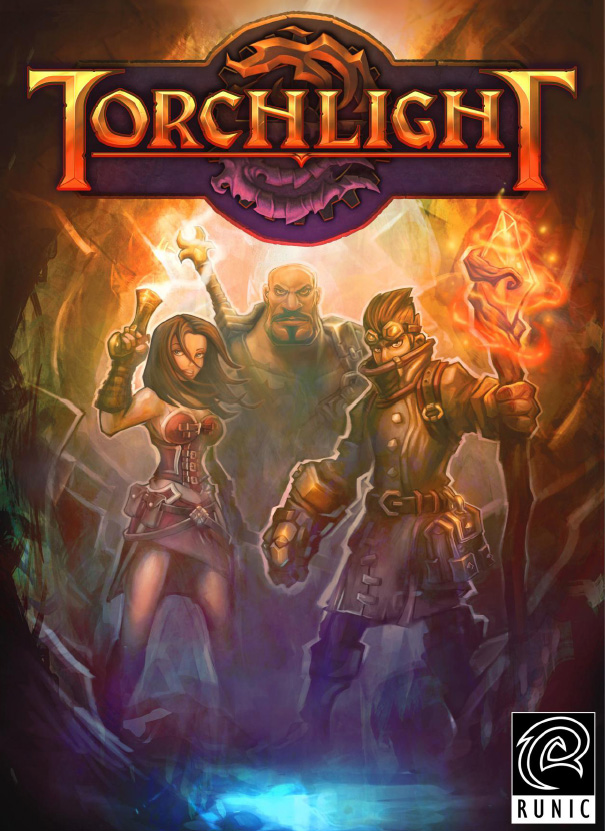 While I'm fairly certain that at least 99% of us have played this title, I need a description all the same. Torchlight is basically Diablo, but in 3D and with all kinds of new, tricked out features that serve to only enhance the original formula. Add in all kinds of bonus dungeons, special zones, fat loot, great boss battles, lots of enemy variety, and an emphasis on new game+ and you have a dead ringer...well, were it not for the top 2 titles, that is.

Goddamn, what can I say about this one that I haven't already? Look, the battles are insane and fun (if a little repetitive), there's all kinds of anime pervy goodness, the graphics and animation are top notch, the music and sound design overall kicks ass, the dialogue is hilarious (though the story is rather forgettable), and overall you will not be able to put this title down. So what could possibly beat this title?

That's right, ANOTHER Shin Megami Tensei title and quite possibly one of the best of all time. I wasn't sure what to think when I initially went into this game. It's SMT, but as an SRPG. And yet, it totally fucking works. The battles are intense and require excellent strategy, planning, and grinding. Sometimes even the regular encounters are enough to fuck up your day, such is the case with many SMT titles.

The dialogue, story, and characters are excellent, as are the graphics and music. Really, the only thing I could harp on here is the difficulty, but you should already know what to expect if you've ever played SMT titles before. This is one title you absolutely cannot pass up.

It's been suggested that I highlight honorable mentions, you know, games that didn't QUITE make the top 5 list. So starting this year, I'll be enboldening any games that I feel could have been on the top 5, were it not for the insanely great top 5 that was already there. Also, some people might complain that...certain...PS3 titles didn't make it in the top 5. I don't have a PS3. I will totally recommend them based on recommendations from other people, but again, these recommendations are not my own as a result.