Games You Should Play if You Haven't: Nightshade

4:46 PM on 05.07.2012 (server time)    0
Let’s talk about Nightshade for the PS2. Known as Kunoichi in Japan, this puzzlingly titled sequel to the 2002 Shinobi reboot went the way of SHOGO when the much more well known Ninja Gaiden reboot came out and immediately stole its thunder less than a month later. While Nightshade doesn’t look nearly as fancy as Ninja Gaiden, it’s still a pretty rad game. It goes totally over the top with the super sentai angle. But on top of looking like a rad sentai show, it also has this weird, future Tokyo look that reminds me of Shin Megami Tensei: Nocturne. 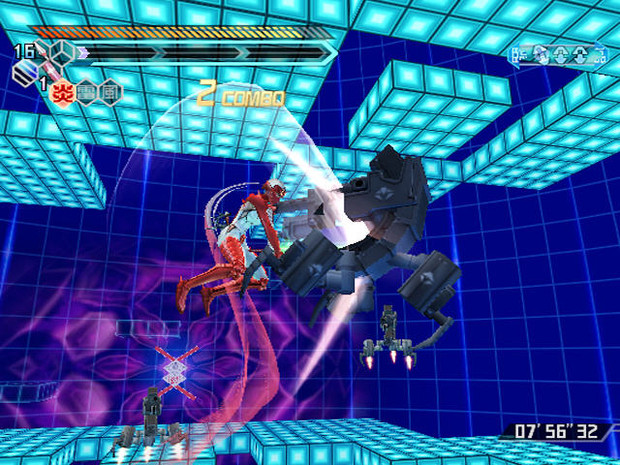 Speaking of re-playability, the game features extra time trial missions and bonus missions, which look similar to the VR missions in Metal Gear Solid or the challenge rooms in Bionic Commando Rearmed. It’s truly fitting for a game that plays so much like a puzzle game to embrace that aspect of it’s design and put the mechanics in even greater relief. The whole game runs smooth as butter too, with no noticeable frame rate issues at any point. The controls do take some getting used to though. The button layout is oddly bass-ackwards with jumping going to the circle button and dashing going to the x button. All in all, with Nightshade you trade in more complex combat for more complex platforming, which I think is a fair trade. Though your options are limited in combat, you have to work out all of their various uses to survive. And despite all of that, everything about the game still looks badass. The developers really did do a great job of making everything about the main character look and feel like a crazy, over-the-top Ninja, from her idle animation to the crazy light trails coming off her bandana when she dashes.

And it’s the little touches that really make this game stand out above it’s own less than stellar level design and voice work. Instead of having Hibana dodge away from or shoot down missiles from attacking planes, the game has her kick them back, much in the vein of Asura’s Wrath. You don’t have to worry about any bullshit trifles like momentum when wall running. This isn’t Prince of Persia. Hibana can stand stationary on a wall if you so choose, and she can throw shuriken around while she’s standing there. Every aspect of this game is engineered single-mindedly to look and feel absolutely badass. And that’s probably what endears me most to this game. The game not explaining certain key gameplay conceits wasn’t the smartest decision and the voice acting only occasionally inspires laughter in it’s lack of luster, but if you like the idea of playing a crazy sexy future lady Nina, flying around and tearing up super sentai villains and robot bug monsters with a sword, then you can’t do much better than Nightshade.

Level 5 S-Rank
#ShareonCommunityBlogs
Login to vote this up!