Dungeon Game Challenge #4: The Dungeon With No Name

12:37 PM on 04.27.2012 (server time)    0
What the hell? Name change?!? Actually, the final name of the game wasn't going to be Dungeon Blitz despite that's what the project name was. I typically ramble off a name, design the game, refine it, and come up with an eventual final name. For example, Imps Vs Puppies sported both the titles of Violent Young Imps and That Deplorable Crate Game. So the title, Dungeon Blitz, signified the challenge of the project and the intent of the game. So why, then, did the name change earlier than usual?

Well, put it simply, I got the nicest darn "cease & desist" letter ever. In fact, it wasn't even that. It was a private message that basically said, "dude, game looks great but we may have a problem." Turns out there is a F2P MMO called Dungeon Blitz and thanks to Google (snitches get stitches, google), they were alerted to the name I was using. They, however, were damn decent about it and sent the "Hey, that's our name" email before the lawyers. So despite not knowing anything about the game, I suggest people check out their product since they seem like decent folk. It's certainly the opposite of what I've received in the past over these kinds of mistakes.
[url]http://www.dungeonblitz.com[\url]


What's the new name? I'm very tempted to ape the idea behind Jame's Ernest's Totally Renamed Spy Game. But for now, I'm focusing on just getting it done. Let's see what I want to call it after I have it further completed. So for now, it's simply called the Dungeon Game.

*sigh* So, where am I? I'm actually at the point where progress has slowed nearly to a crawl. I'm coloring the monsters and that's all I'll be on for a while. But when working last night, it occured to me that I made an idiot mistake. You see, manipulating and moving cubes works much easier with a reference point and I created two monsters which could be considered green cubes. And so I present the left and right result as the Slime becomes a Blood Slime. YAY! 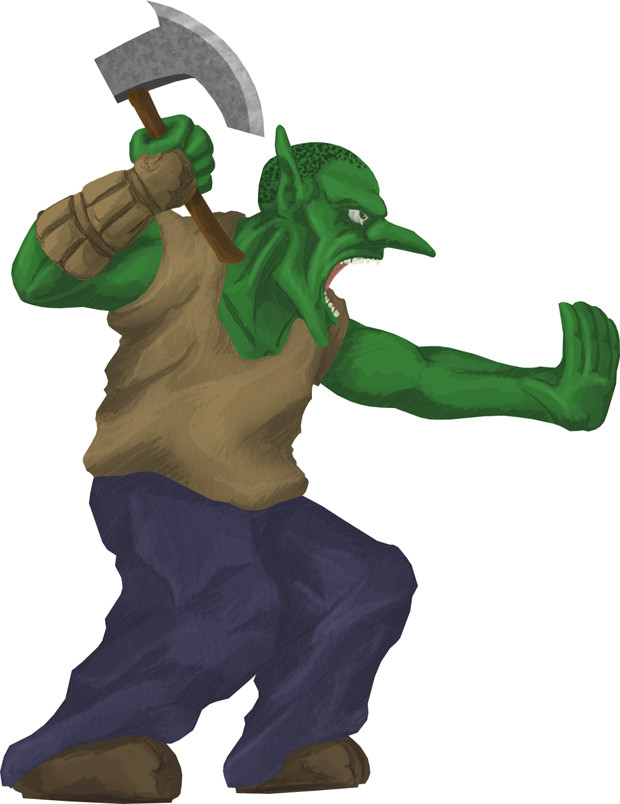 Tomorrow, Flash Cat, Lich, character sketches, and who knows, I may even start coloring the characters.
#ShareonCommunityBlogs
Login to vote this up!