First Impressions: The Witcher 2 Xbox 360 - Why am I enjoying this so much? 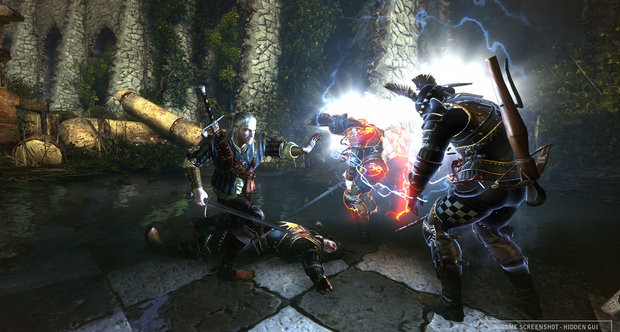 All of these faults combined would kill an average game, I would have played it once and never again. So how does The Witcher 2 keep me coming back for more? Well it's simple, the story telling is among the best examples in gaming, standing tall amongst the likes of Bioshock, Half-Life and Metal Gear Solid in my own mind. The cinematic that plays before the main menu is one of the coolest fight scenes I've seen since 300 and although the story was a bit dense at first (having never played the first Witcher game) I quickly became attached to the characters and found myself engrossed in the ongoing events of the game.

The reason the story telling is so good in The Witcher 2 is that it really makes you feel like you are apart of the story. Many quests and events in the game have multiple resolutions, some of which drastically affect the outcome of the story. It really feels like you have control over your destiny in this world. At first I worried that having such a well defined character as Geralt of Rivia would make it hard for me to role play in this world, but my fears were unfounded. As far as I am concerned, when I'm playing The Witcher 2, I am Geralt of Rivia, and that is simply the greatest achievement a RPG can accomplish.

So I look forward to finishing the game in the coming weeks, and bringing you my full review as well. In the meantime, I urge anyone with a strong love for role-playing to seek this game out immediately if you haven't already. You won't regret it.

WARNING: I'm merely half way through the first chapter of the game, so please do not spoil anything for me in the comments bellow. Thank you.
Login to vote this up!