One day, in a chat, someone mentioned an inability to make the classic game Gauntlet into a card game. Within a minute, I had a solution which they so cruelly cast aside. But my concept was sound, hopefully balanced(as this challenge has NOTHING to do with playtesting), and figured I would SOOOOO love to design a coop dungeon crawler that plays in 60 minutes or less. I wanted to do all this and more importantly, have it ready by Geekway to the West which, under the best case scenario, gives me about a week to go from concept to printable design.

The game, Dungeon Blitz, foregos most concepts of combat and assumes anything reached within a radius by a certain character is dead. But I also needed something to push those bastards through the dungeon and so I needed a Pyramid Head constantly stalking behind the players, forcing them through. Win or lose, the concept is to get the game over with in 30-60 minutes and more importantly, have a concept go from txt to printable in only a few days. How appropriate that I will document this progress as the Dungeon Blitz Challenge...

Since I plan to use The Game Crafter as my printer, I start by downloading some templates for Mini Poker Cards and Square Cards. The Square Cards are 3.5" x 3.5" which, designing this game around placing squares (Zombies, House on Haunted Hill), I had to consider how many spaces I wanted on each card. Being the clever bastard that I am (not), I decided Legend of Zelda style rooms should be best for the concept. 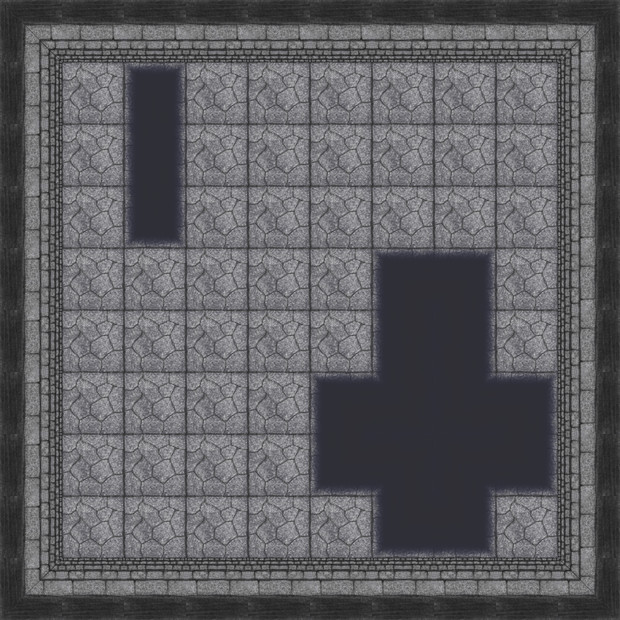 That's all I got done in a limited amount of time. Tomorrow, I plan to map out simple rooms on Grid Sheets and yes, MAOR TILES.
#ShareonCommunityBlogs
Login to vote this up!