With Max Payne 3 on the horizon, I brought myself to play its predecessors for the first time over the last month or so. In an attempt to both get back into writing about my favorite hobby and practice my pathetic attempts to mimic Sam Lake and his amazing corny metaphor skills, I decided to write a retrospective on the games in monologue form, as per request from Xzyliac. Also, spoiler warning.

They were all dead. Lying down with their gunshot wounds lay bare; bullets pierced through them like cavities in the mouth of a child with no real self-restraint on Halloween night. After so many long hours, Max had escaped the trap that had been laid for him back in 1998. His journey through the night hadn�t ended, but he could finally wake up from the nightmare, down a few painkillers, and have a brief moment of respite before going back to the inevitable sleep that waited for him.

Then I clicked on the �Quit� option on the main menu and took a breather, mulling over the experience that had been presented to me, and what I would face next month when Max Payne falls back into his bed of lies and misery as his bad dreams bring him to Sao Paulo for the next chapter in the life that has become a miserable, meaningless existence. I had the two games residing in my Steam account for a while; they were bought for $2.50, like a cheap prostitute whose glory days were long gone and spent their remaining time doing whatever job they had the privilege of being offered. Unlike that whore, however, Max Payne shows its age, but does so with enough style and grace to be classified as an archaic, but still appreciated experience.

Max refused to talk in the beginning, like a gangster who couldn�t comprehend the gravity of his arrest, and just how hard the officer�s fist was in the interrogation room. A patch �convinced� him to open his mouth, and I was swiftly introduced to the neo-noir New York that Max came to know as his own personal Hell; provoking him into firing every bullet into the hearts of the criminals protecting the source of the drug known as Valkyr.

Max stood there over the dead body of his wife, standing over her like the cold, brutal storm that would come to stand over New York as he slowly worked his way towards the truth about the drug and freedom from being framed for the murder of his partner in the DEA. As the temperature dropped, so did the empty bottles of health-restoring painkillers, the countless magazines of bullets, and the bodies of hundreds of loose lipped mobsters (The kind who couldn�t pull off a stealthy ambush if a gun was pointed in their faces and their groin at the same time.).

As Max performed his brutal ballet of bullets barreling into brains, I found myself almost as taxed as the English settlers under King George III. Max frequently found himself quickly losing health at even the slightest bullet graze. Precious Bullet Time was a commodity I soon found that I could not waste, and I found myself degrading myself to find every bottle of painkillers possible. The cruel flow of time had deemed it too long since I played a shooter unafraid to send regenerative health out on the street, leaving the player to own up to their mistakes, and I made more mistakes than General Custer on a bad day. I found it refreshing like a beach breeze, even if that breeze occasionally brought its fair share of annoying flies along with it. And yet, soon the game clicked faster than my fingers could click the left mouse button. The slow-motion opera was choreographed with the precision of a needle and thread, while I watched the bodies cascade in a crescendo of chaos.

As the bullets flew, so did the awful one liners and metaphors. Max�s monologues never loosened up as time goes by, and the facial map on his model seemed to suggest that his constipation never loosened either. But Sam Lake�s written diarrhea soon grew on me. Max Payne is a game that kept one foot firmly in self-awareness, and it was rather amusing to see it. The story sometimes felt difficult to follow, like a drunk driver in a dense forest, but the experience grew on me, and I was somewhat sad to see it go. 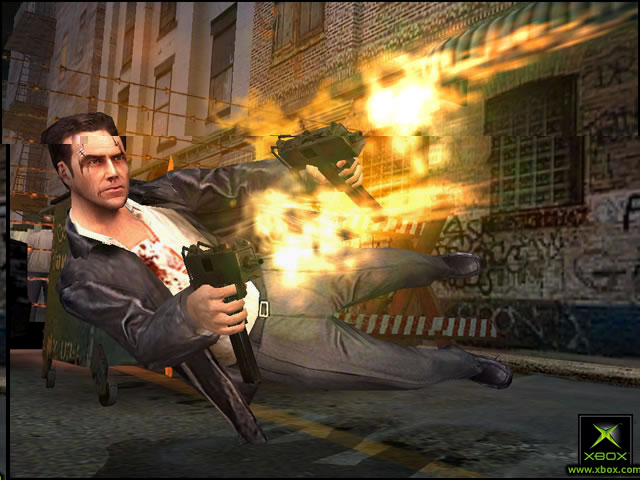 Then, as I prepared Max Payne 2, that sadness turned to jubilation. A more developed graphical engine, more manageable difficulty, and a physics engine that resulted in even more detailed collapsing bodies of my victims in bullet time all waited me. It was time to put Max through his paces once again, and after countless episodes of Address Unknown, and hundreds of souls sent to their just reward, it was over. Unfortunately for Max, everyone he knows tends to end up severely injured or with a bullet in their brain.

They were all dead. Lying down with their gunshot wounds lay bare; bullets pierced through them like cavities in the mouth of a child with no real self-restraint on Halloween night. After so many long hours, Max had escaped the trap that had been laid for him back in 2001. His journey through the night hadn�t ended, but he could finally wake up from the nightmare, down a few painkillers, and have a brief moment of respite before going back to the inevitable sleep that waited for him.

And, indeed, the wait for Max Payne 3 grew harder. I grasped my mouse, and I returned to begin the next difficulty for Max Payne 1. My journey through the night was about to become a fever dream�