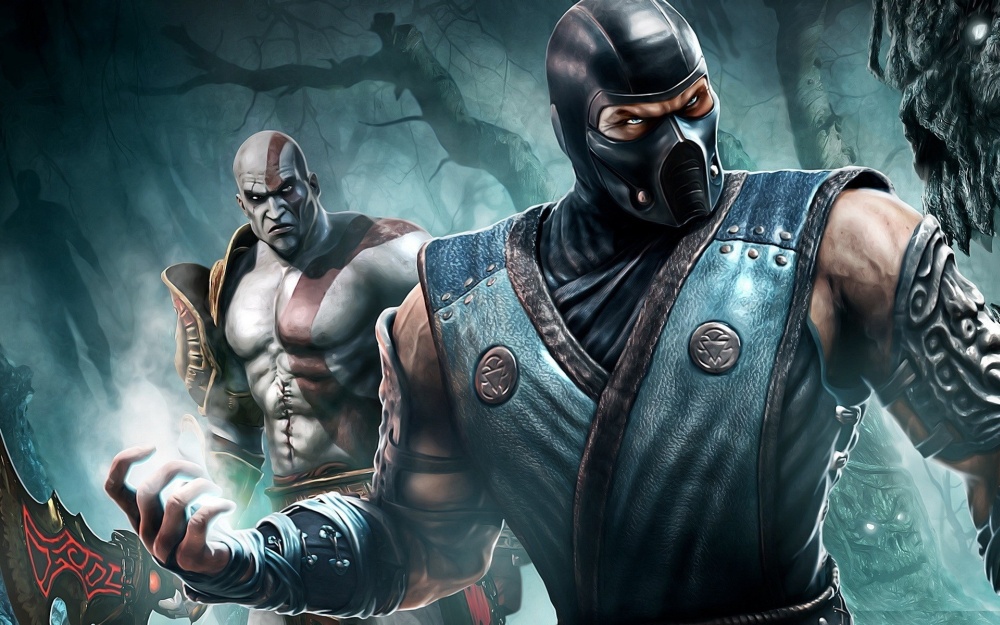 God of War - a second trilogy?

8:09 PM on 04.18.2012 (server time)    0
Since God of War 4 is maybe about to be announced, I figured I should finish what I started to write when �Bloggers Wanted� was �Improvement�.
Last time I blogged about a terrifying location in Dead Space 2, this time around I'd like to tell you about my discontent with a certain game about deicide and how to improve it in further installations.

I was rather disappointed with the third entry in the God of War series. For me it didn't live up to its predecessors, especially GoW2. Someone on Destructoid put it perfectly in a comment I read: God of War 3 is soulless. And I fully agree. It was fun, I guess, but it had problems. Much more problems than were mentioned in reviews all over the planet. Here are some gripes I had with it while and after playing.
Rant: ON
Why the hell doesn't Kratos use the Icarus wings when he plummets down Mount Olympus, why are the weapons so boringly designed (save for the Nemean Cestus), why have they fucked with the controls (only a bit), the design of the CGI cutscenes is pretentious and uninteresting, why are the special attacks bound to certain weapons, why is there less enemy variety than in GoW2, why is Athena a ghost and not a single one of the others gods (Hello? Ares haunting Kratos would be totally funny), what are her intentions in helping Kratos, what's with the titan Kratos randomly stabs in the eye, the Hermes boss fight is unspectacular and boring, his boots are useless rubbish, Helios' head is stupidly integrated with only two lame areas or so (and chests, wow), the bow is just fucking bowring (*ba dum tsss*), where is the third of the Gorgon sisters, Stheno, where is Artemis who sports a gigantic blade and would make a fine and strong female opponent for Kratos, Pandora and hope are just wrong and made me puke (figuratively), why is the ending so unfulfilling and most importantly of all, what the actual fuck is Zeus doing while Kratos is killing all of his brethren?!
/rant
I know, the last sentence is a bit clusterfucky, but hey, just like the game. It is full of this shit and I hate it for that. Also, it still has fun and impressive moments. So, in the end it was an okay experience for me with a lot of bitter aftertaste. 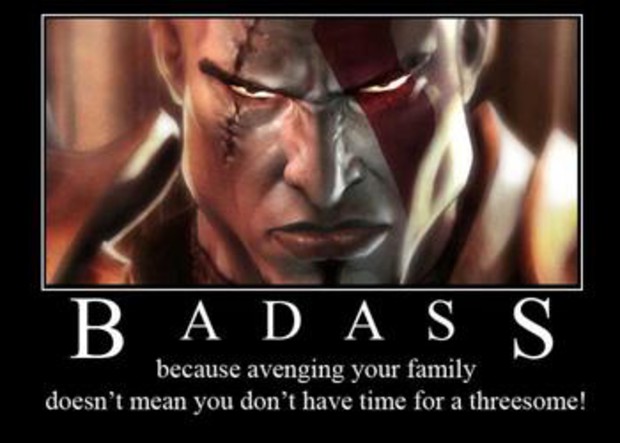 Now, that's one thing working in Kratos' favor, another thing being that every other god except Anubis thinks that he's dead. Kratos wouldn't stand a chance if someone of the gods discovered him in his current state. That's the reason why he can't barge into Egypt like the pompous brat he was at the beginning of GoW3. Kratos has to tread more like undercover until he has regained some of his powers. Also, this time he needs allies. This time his opponents are not just a handful of cocky gods, it's an army lead by the powerful warrior gods of Asgard. Now, don't say Kratos isn't a people person. He was actually a general in the Spartan army, you don't get that job just through sheer battle power alone. Also, don�t forget that he managed to score wife and kid. It's more like he isn't a people �pleaser�. Except for women. Which already leads me to the sex minigame for this game: Kratos and Cleopatra. That's one way to gain followers, go Kratos.
After gaining some powers and followers Kratos starts taking on the Egyptian gods and their supporters. Their characters and designs would lend themselves pretty well to a God of War game with their animal-human forms, their titan-esk powers and history (room for subplots). Also, enemy types would be very interesting, as well - short glance at you, Age of Mythology, Egyptian mythology and mysticism.
Another thing that would fit very well in the world of GoW are the possible locations. There we have super huge pyramids and their construction sites. The pyramids are full of traps and dangerous foes. Beleaguered and oppressed gigantic cities, the Sphinx (which could actually be a big ass enemy, as well), desert oases, temples and of course the Death realm (no brainer really).
Also, I would mix the gods up a bit in a way that Kratos does not get to kill all Egyptian gods. Some could've escaped or completely been somewhere else to reappear later and I like the idea of killing off Thor rather early. He could be on an ambassador trip and be one of the last enemies in the game and it should take all the effort of Kratos and his soldiers to defeat him and gain his powers.
Of course, there are casualties among Kratos� folks but in the end he has a loyal fellowship which is the beginning of Kratos� new army. Only they lack in power...


�and power they shall gain in God of War 5


I know, this borders on fan fiction, although it is just a rough overview of some ideas I had. Well, whatever.
So, what do you say? Is this something you would want to play? Does this fit the God of War series? Let me hear about it. If you like this I will wrap up the other two parts in the next days.


Oh, btw, calling it.
#ShareonCommunityBlogs
Login to vote this up!