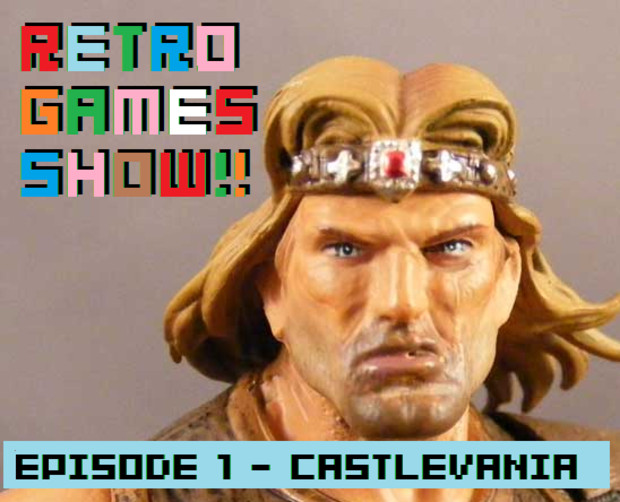 If you're here, you saw me post this on twitter, Retroforce's forum, or maybe I sent it to you in an e-mail, I hope you like the podcast we did, we tried to make this awesome and I think it shows.

This rough cut has a couple things I will change when I upload it to lisybn, there isn't a tag up front saying "you are listening to a randombullseye podcast" and there is a five second gap between a sound effect up front and the loud guy talking where I want to add Bianca saying "Retro Games Show!" Otherwise, this is the final version of an episode for a Retro Games Show.

This is for Destructoid, fans of retro gaming, and everyone ever. I hope you like it. I want this to be a thing I do every week. Hopefully we can carry on in the spirit of RetroForceGO, Destructoid, and boners everywhere!

I never asked anybody if I could do this, but I have been super vocal about Retroforce GO coming back and more old school games being a thing for Destructoid. I don't want to take all of Retroforce GO's thunder or use all their tropes and in-jokes, I want to do my version of a revival of that show for Destructoid. Just like I did Bulltoid as a revival of Podtoid, but I wanted to present this as a direct revival. I've been talking about doing this since before Bulltoid was a thing, Bianca and some other people who'll be in and out on the show seem super enthusiastic about doing this, I'm enthusiastic about doing this, and I do it with nothing but love.

A guy who was new to Destructoid asked me while I wearing Retroforce GO shirts at the Sunday PAX dinner if I had anything to do with the show. I answered, "No, but I always wanted to. I wrote in a lot, they talked about my weenie dog, and it meant a lot to me."

That's it!
#Podcasts
Login to vote this up!