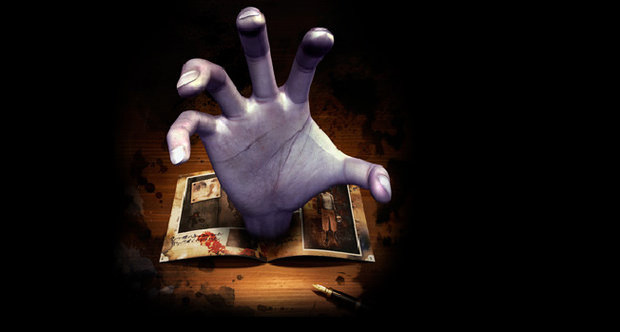 Spirit Camera (3DS) - I just kind of approached this because there was an open 3DS and wasn't quite sure what I was getting into. I'll say this up front: this is not the best portable game, but it looks to be an amazing 3DS game. To elaborate, you won't/can't play this on the bus ride to work or even in the car ride to Disneyland. In order to look around you actually have to rotate the 3DS around you. I was literally turning 180 degrees to look behind me. I'm not sure if you can turn it off, but for the sake of the general public, I'd hope so. The other great part of Spirit Camera is the AR stuff. It comes with a little booklet that works with the game. At times you'll have to find a specific page in the book (by actually turning the pages) and then weird shit happens. The first page I looked at got writing all over it and then had a vortex effect that spiraled out of control. It could potentially grow tiresome, but given the right conditions I think this game could do pretty well!

Wreckateer (Kinect) - I don't have many feelings towards the Kinect. I think it could be a great piece of hardware after a few iterations. I'm more inclined to favor games that will use the controller WITH the Kinect, even if Microsoft is doing their best to prevent that. Anyway, Wreckateer is basically medieval Angry Birds with the Kinect. The demo I played was pretty limited, but I can see it getting real interesting once they throw in more cannonballs. One of them had me holding my arms out like an airplane to steer, which was way more annoying than fun. As a downloadable Kinect title with 60 (!!) levels, you could do way worse. If I had a Kinect I'd likely pick it up.

There's probably more that I'm forgetting, but these are the biggest ones I wanted to share. I didn't really play anything at PAX that I actively disliked, but that probably has to do with my decision to not play the bigger games. I can't stand how boring the Exhibitors are for the non-indie games. Talking to the people who actually made the game is way more satisfying than someone reading you the bullet points. The person behind Trials Evolution was not as pumped as I wanted him to be. Indie devs just seem so….happy to have people playing (and hopefully enjoying) their games.

For now, it's back to playing Skullgirls.