Dreaming: Land of the Elder Scrolls

9:01 PM on 04.10.2012 (server time)    0
I was a late comer to the Elder Scrolls series, my first taste of Western RPG's was from Fallout 3 so naturally I took interest in Oblivion, sadly I was never able to get fully invested in it. But along came Skyrim and like every other WRPG lover I absolutely adored Skyrim and was finally fully on board with the Elder Scrolls series. But despite have only played one game out of the entire series I find myself hungry for a dramatic change for the next Elder Scrolls game.

The game is home to some of your typical fantasy settings, characters and creatures, this is in no way a bad thing and Skyrim makes sure to add its personal touch but I want them to really shake things up next time, with an ancient Asian influence.

Now I won't pretend I'm exceptionally knowledgeably at Japan's or China's history and this is coming from very limited rusty knowledge but I know what I'd like to see and will do my best to communicate that without coming off like a moron! 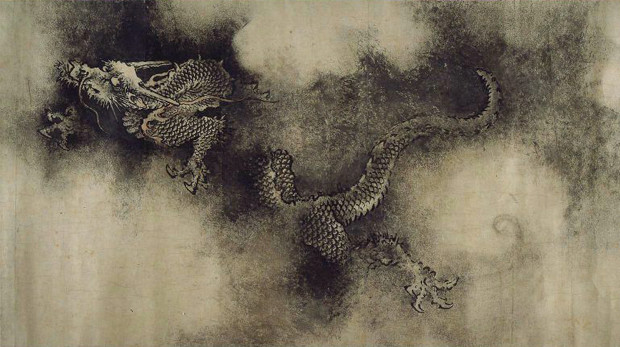 I loved the dragons in Skyrim and I don't want to see them going any time soon from the series. However the Chinese have an iconic design for dragons unlike the ones we see in Skyrim or other western media. Often being portrayed as more snake like in length, long whisker-like features on the face and the lack of wings. They still look like marvellous magical deadly creatures though with a strong palette of colours commonly featured within artwork.

I wish I knew more about China's and Japan's mythology but sadly I'm clueless but like many other cultures I'm such they have a rich deep history ripe for the picking for Bethesda. Hopefully I haven't come across too ignorant here and I don't just want influences from China and Japan alone, we have places like Thailand or South Korea I would love to know more about and I'm sure they also hold some spectacular ideas that would be perfect to include. In my mind I can perfectly envision what I'd love to see from all this but translating it to words is a difficult task but I hope I got my message across. I really want Bethesda to look into the history of these places and centre a game around it, the Elder Scrolls stamp isn't really necessary.

Bethesda are able to conjure up some of the most solid and atmospheric worlds I've had the pleasure to play in and I can only hope they one day bring even more diverse cultural influences towards their role playing games.

Thanks for reading this sloppy mess and maybe let me know what you'd like to see the next Elder Scrolls world shaped as?!
#OpinionEditorial
Login to vote this up!