10 Things You Didn't Know About SteezyXL! 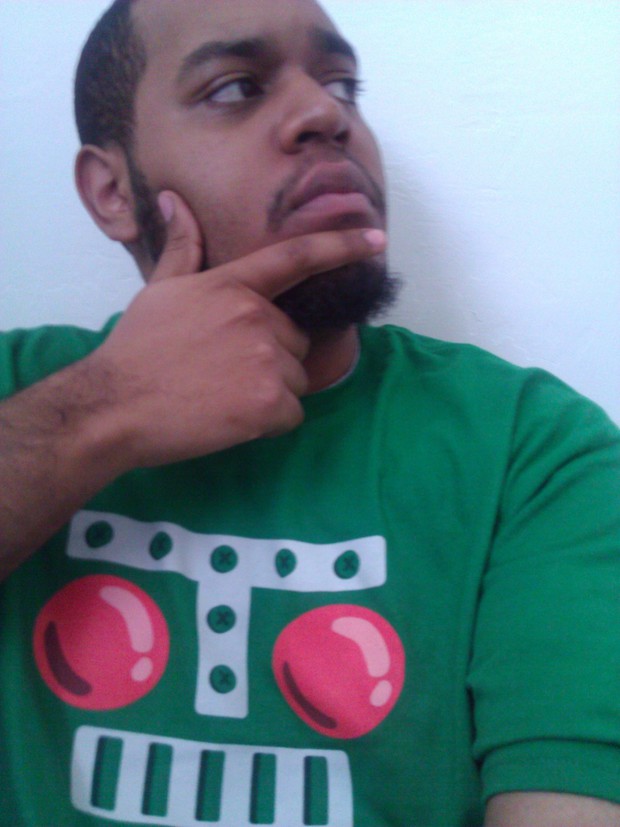 Like for realsies. This was something I struggled with accepting over the years, but I�ve recently figured things out and I honestly couldn�t be happier with myself. I�ve already told a few of you this, and I�ve debated whether or not to include this on my list, but then again, why not? I�ve got nothing to hide, and I�ve come to find out over the years that the Dtoid community is pretty accepting of people from all walks of life. That�s why I love it here. :)

9. I Don�t Know How to Ride a Bicycle

Yeah.. This is one of those things I�m kind of ashamed of. I have memories of my dad trying to teach me, but I wasn�t very interested in learning as a kid. I was more interested in video games like any normal, awesome kid. I was terrified of falling and getting hurt, so after a couple of tries I just gave up and went back to playing my SNES. However, I�ve recently decided that I want to learn, which should be an interesting experience. I wonder if all the neighborhood kids will laugh seeing a 20 year old learning how to ride a bike. I probably would.

8. I Was Called Othello in High School

During my senior year of high school, we read and watched the film Othello. A lot of my friends joked that I looked like Laurence Fishburne in the film because of my beard and when it came time to reading the book, my English teacher would call on me to read all of Othello�s parts because he too thought I resembled him and my voice was �perfect� for the part. It was kind of annoying, but at least people thought I resembled someone who was good-looking right?

7. My Mom Doesn�t Know I Went To PAX Last Year

Yeah. I went to PAX last year and it was AMAZING! However, I might have forgot (I didn�t forget) to tell the woman who gave birth to me that I was flying to another state by myself to meet and stay with people I met online for a couple of days. If you knew my mom, you�d know that not telling her was probably a wise decision. My dad and step-mom knew and totally funded my trip, so it wasn�t like I just snuck off. I might tell my mom this year though. We�ll see how she reacts.

6. I Only Ever Hit Two People Out of Anger

I don�t know what the hell was wrong with me in the 7th grade. I had never hit anybody before the 7th grade and I don�t recall any instances of me hitting anyone after. The first was a classmate in my art class. We were lined up outside the classroom door and I was first in line. Once the teacher came and opened the door, I hurried in and tried to find comfortable chair. I found it and made my way towards it, but as soon as I was about to grab it, the classmate ran towards the chair and pushed me out of the way to grab it. I fell and was fucking pissed. I got up and he looked at me and said, �Sorry�. As soon as he said that my hand went flying across his face and I was sent to the office and eventually sent home. My mom was NOT happy.

The second person was my best friend. I honestly don�t really remember what exactly happened. All I remember is being in my last class of the day sitting waiting for the bell to ring so I could go home. I think my friend was making fun of me of something, and I didn�t like it so I smacked his face. He started crying and I think it was more from the shock of me hitting him than of the hit itself. Soon after, the bell rang, I went home and he called me while I was at home saying that he had his cousin and was ready to fight me. I hung up and went to school the next day thinking he�d want to fight, but instead we kind of just didn�t talk to each other for a bit. Eventually we started talking again and the whole thing kind of blew over. 7th grade was a weird year for me.

I played a shit ton of Zelda games and haven�t completed a single one. The only two Zelda games I�ve probably ever come close to beating was A Link to the Past and Twilight Princess, but after a while I just gave up. It�s not like I got stuck, or things got too hard. I just had no motivation to finish them. I�ve had Skyward Sword since it came out and haven�t even attempted the first dungeon. I don�t know what�s wrong with me. I love these games, but I just never finished them. I do want to eventually get back to Skyward Sword though. From what I�ve played it was pretty awesome.

Everyone I know has always complimented me on how I�m one of the nicest people they�ve ever met. While I appreciate the compliment I don�t think I�m as nice as people think. Maybe it�s because I don�t show it. It�s not like I kick kittens for fun or throw spiders in people�s faces, but I tend to do a lot of my judging and bad mouthing in my head. I tend to put on a fa�ade with people I don�t like. I�ll be their friend and be nice in front of them, but in my head I can�t stop thinking about how much I dislike them. Believe me there have been moments with many people I don�t like where I wish 7th grade me would come out and smack the shit out of them for something stupid or annoying they said or did.

3. I Helped Talk an Online Friend Out of Committing Suicide

I have a friend online who I chat regularly with on Skype. He lives in Lithuania and has been having trouble living a happy life in his village. He�s gay as well and he�s been bullied and he feels like he doesn�t fit in anywhere and he told me that he wanted to end his life. I�ve been trying my best to persuade him not to do it and it looks like I�ve been able to convince him not to. He recently told me that he thought he would be dead by the time his birthday came around which was on the 2nd of this month, but he told me that he believes that that�s no longer an option having talked to me and a few others. I hope he doesn�t change his mind and try to commit suicide, but as long as we talk I�ll do my best to convince him to live.

2. I Have a Hard Time Committing to Anything For a Long Period of Time

I suck at committing to my goals. There have been a number of things that I had wanted to accomplish in my life, but I can never seem to stick with it after a certain amount of time. There have been so many things I have given up on: exercise routines, my YouTube channel, single-player games, I had even given up on school a few months ago, but recently decided to pursue a degree in IT at ITT Tech that I�m excited for. Let�s hope I don�t give up on that. I just start getting doubts in my head and it screws with me continuing on with anything that takes time to finish. I�m trying my best to work on this problem though.

Guys, I want to be more of a nerd. I want to be the guy who�s deeply knowledgeable about comic and video game lore. I want to be a master (hell or even just learn) at table top and board games. I find all of that so fascinating and I want to be deep into all of the nerdy goodness, but I�m not. I�ve only read a mediocre amount of comics/graphic novels. I�m not extremely knowledgeable on a lot of older video games. Sure I�ve played a lot of them, but I played them when I was a kid and was too dumb to really understand anything. Is there a secret to being a better nerd? Is it something I�m going to have to commit to, because if so, see #2.

So there you have it. Those were 10 things I�m sure not very many of you knew about me. Do you feel closer to me now? You better! Being called Othello in high school was VERY personal!
#ShareonCommunityBlogs
Login to vote this up!