3:17 PM on 04.05.2012 (server time)    0
Altough most final levels in Ps1 games are although like a fantasy because of the way they look, but there are bonuses levels and tracks that look unrealistic. 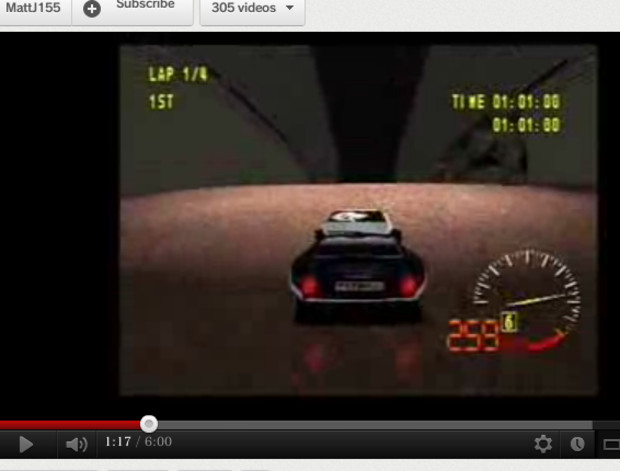 Bez's Flat Circuit from Test Drive 5, altough this track is set in a house, theres a tunnel as its the one I have in the pic. Problem is its set in a house and the tunnel should be the stairs but what the fuck does pitbull even know what stairs look like. Look at this bullshit. On NFS 3 Hot pursuit they have a hidden track called The Room, which it looked like andy's bedroom from disney pixars Toy Story. But NFS 3 was released even before the Toy Story movies was released. By the way Pitbull you've made the most fucking retarded track on Test Drive 5 and the tunnel on Bez's Flat Circuit is suppose to be stairs.
Login to vote this up!