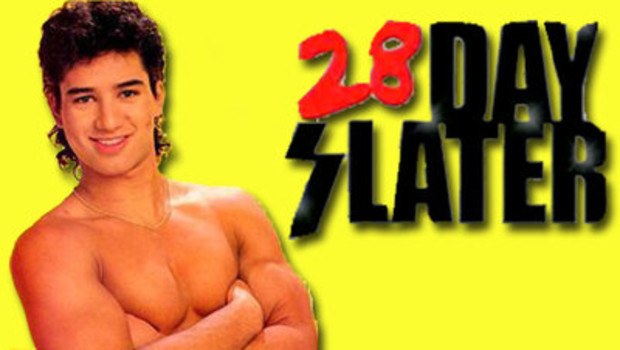 4. I play guitar but I'm not really doing anything with it.
I've been playing the guitar for about 8 years and I'm pretty confident in my abilities. I'm not good enough to write my own stuff, but I'm all right at learning songs fairly quickly. I went to a few guitar recitals when I was younger and even played in my high school's jazz band, but I had such bad stage fright that I screwed up stuff I could play perfectly in front of my friends. Guess I'm never gonna be a famous musician.

5. I collect movie tickets.
Started doing this back in 1999, and now I have the ticket stub from every movie I've been to since then. Apparently, I saw the first Twilight movie. I don't remember that at all.

6. I listen to a lot of Korean pop music.
I don't listen to much music at all, as most of the content on my Zune is movies or podcasts. But if I am listening to music on there, it'll probably be some K-pop. 2NE1 is my favorite.

7. I listen to a lot of Space Jam mash-ups.
I guess you could say I collect them too. I don't know how or why this started, but I just began saving every mash-up of Space Jam on the internet I could find. Those Youtube playlists don't cover them all, I've got a folder with 700+ of them on my computer. I plan on passing this folder down to all my descendants.

8. I had an afro for a year.
I don't know what possessed me to do this, but I grew an afro in like 2000 because I thought it looked cool. But it wasn't fucking cool. It was heavy and made my head really hot. So I'm not doing that again.

9. I cannot stand being barefoot.
I don't know how people do it. The thought of putting my bare feet on the floor, ground, whatever just grosses me out so much. It's dirty! So I wear socks almost all the time. I'm really only barefoot when I'm taking a shower.

10. I committed some vandalism before.
When I was young(er) and dumb(er) my friends and I got a kick out of breaking glass bottles in the middle of the night and smashing car windows and running away. This phase lasted for about a week until we got really paranoid about getting caught and stopped. So if any police are reading this...it was not me.

That's it!
#ShareonCommunityBlogs
Login to vote this up!