Occam Thoughts: 10 Things About Me

2:09 PM on 04.02.2012 (server time)    0
So Bbain wrote this really badass post talking about 10 things we didn�t know about him. Apparently this was a thing on the blogs many moons ago. It was warm and heartfelt and overall let us get a glimpse of who he is and his life. So in the spirit of that lovely post I wrote a 10 Things blog. Like to read it here it goes:

1) A pair of red Chuck Taylors were the catalyst for my amazing college experience. So let�s go waaaaay back when to 1999. I was a doe-eyed and chubby 18 year-old. Fresh out of high school I had grown a pube collective on my chin and labeled it a goatee. I was terrible at meeting new people so I spent most of my time with my hands in my pockets staring down at shoes and wondering about boobs. As I was perpetually looking down I began to identify people by shoe type. Nike Air, Birkenstocks, flip flops, penny loafers, I saw it all.

During my second week in living in the dorm I was on the elevator going to my room when a pair of red Chuck Taylors got on next to me. Chuck Taylors! Oh who was this person? A veteran of the Grunge wars? Some other quiet introvert? Was he staring at my black Chuck Taylors and wondering about me? I swallowed back years of low self-esteem and forced myself to say, �nice shoes.� From those 2 simple words spawned a friendship that would carry me through college and lead to all sorts of neat, debaucherous and amazing moments.

2) Jaws ruined water for me. I love ma and pa Occams dearly. They have always let me be myself and never tried to change who I was to fit some idea of what they thought normal is. This is a double edged sword though. See my folks are both older than traditional parents. So instead of playing catch in the yard (we did briefly but dad was tired after work and I really wanted to play Super Mario Bros 2) we would listen to the radio and he�d tell me stories about growing up in Memphis in the 40�s. Being older they also were tired. I am the last of 4 and by the time I came along, happy accident that I was, they had done the parenting thing enough to know that I was the last diaper they ever wanted to change. So Nintendo and tv were my babysitters. Now, I�m grateful for this. The pop culture knowledge I picked up has aided me greatly in my waking world. But see, the thing is�well, they let me see Jaws when I was 5.

This movie fucked. Me. Up. After I saw it, pretty much any body of water was designated a kill zone. Bath tubs were somewhat safe but I was fairly certain sharks could miniaturize themselves and swim through pipes. Swimming pools were terrifying to me. Oh sure, I can see the pool and there�s nothing in it but what�s to stop a shark from teleporting in and killing me? It was years before I swam comfortably in water. To this day I still won�t swim in lakes or the ocean. Pretty much any body of water that I can�t see the bottom of is infested with sharks and/or water zombies in my mind. 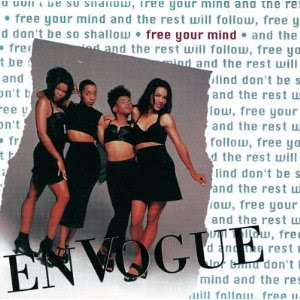 3) My first cassettes purchases shaped my life. En Vogue�s Free Your Mind and Sir Mix-A-Lot�s Baby Got Back were the first two cassette tapes I ever purchased with my own money. To this day, Free Your Mind is one of my favorite songs ever and it also had the added bonus of putting me on the path to becoming a resplendent black grandmother. As for Baby Got Back, well, it�s a classic of the 90�s and those who grew up with it seem to know it from heart even as we forget birthdays and phone numbers. Also, the sound of a cassette sliding into a tape deck is a really satisfying noise.

4) I�ve been here 3 years now. Yesterday, April 1st marked my 3 year anniversary here at Destrcutoid. I had a right lovely blog written about it full of reflections and anecdotes and pictures of succulent moments. However, I made the cardinal sin of writing it in the blog editor instead of in a word doc and Firefox crashed on me. All the succulence gone. But that�s life in a digital world. So let me take just a moment to say thank you for three wonderful years of silly pictures and happiness and making amazing friends and being part of a community that I am proud of. This place is my home and I owe that to everyone here.

5) I�m not a big fan of Legend of Zelda. I dunno, it just doesn�t do much for me. I have seen all the console games played and beat numerous times over the years but for some reason I�m just not compelled to play them. It�s funny because I enjoy watching others play them. Wind Waker was beautiful and whimsical and Twilight Princess had a nice dark fairy tale vibe. Just for some reason when I pick up the controller and try to play I get bored. You can�t deny the influence of the series or the importance of it, but for this gamer it just never had much of a place in my world. 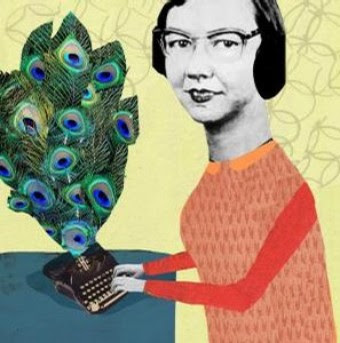 6) I�m related to a famous writer. I am related to Southern Gothic writer Flannery O�Connor. She wrote strange and wonderful stories about fucked up people. I always thought growing up that I had some writing legacy to uphold but as I grew older I realized I wasn�t much of a writer. Thoughter might be a better word for what I do. I�m fairly good at thoughts. Oh, and metaphors. If there was some kind of metaphor writing job for The Onion I would apply. But yeah, I am related to this amazing writer and I�m proud of that. She raised peacocks and was quiet and died of lupus. Pretty badass lady.

7) I never had grandparents. Because of my parents being older, I never really had grandparents. Dad�s folks died before I was born and mom�s folks were both very ill and weren�t really around (or aware) when I came along. Think this played a big part in me appreciating older folks. They have stories and perspective and like to take their time and think about stuff. They smile warmly and have kind eyes. I am fortunate to have a friend, she�s 84 and once a month I go to her house and we just chat. Everything from the weather to growing up to our favorite dishes at Piccadilly�s. I try not to think of her as a surrogate grandmother though I believe that part of our friendship is based on the fact that I never had grandparents and she never had grandkids. So if you have grandparents give them a hug and ask them about their lives. I bet they have some amazing stories to tell.

8) I played football for a few weeks in 8th grade. 8th grade was a weird time for me. I was a colonel in the grunge army, rocking my flannel as a badge of honor. It was also around the time puberty decided it was time to party. In the throes of a biochemical reimagining (isn�t that a fancy way to say puberty?) I decided that in order to please my father I should play football. He was excited. Though not overly sporty he enjoyed the game and was happy to see me join a team. We made the agreement that I would play for one season and see if it was something I wanted to pursue.

Well, a week in and I fucking hated it. Practice sucked. I had to run a lot and had no clue what a scrimmage was much less why a line was used to define it. My helmet smelled like stale sweat and regret. I dreaded each day. So I told my father that I wasn�t happy and that I wanted to quit. He said no. I said I wasn�t happy and made a mistake thinking this was something I wanted to do. He said no. I told him I would run away. He said no. We didn�t talk much after that. I should point out that this was the only moment in my family�s recorded history that my father and I weren�t on speaking terms.

So one week dad goes out of town on business and mom, being a kind and understanding woman who also hated having to drag her miserable son to boring 8th grade football games on the weekend told me to just quit. So I did. Let me tell you, the weight that was lifted from me after I left the coach�s office that day was as close to ecstasy as I had felt in my meager years of existence. Then mom and I called dad at his hotel in Texas and told him I had quit. What happened next was amazing. I had a ring side seat to my parents fighting. Yelling happened. My dad roared his disapproval. My mom, usually reserved and demure straight up went into Steel Magnolia mode and ruined his shit. She did that �I�m very quiet right now but you can tell that I could punch you in half I am so angry� mode and with a few unwavering phrases, the matter was resolved. I was allowed to quit football and go back to my natural climate of a dark room and a Super Nintendo. Big ups to mom for being awesome.

9) I decorate my car. A few years back I realized that my car was sorely lacking in decorations. So I decided to use the back area as a sort of staging ground for some of my toys and crucifixes. I�m letting time and the sun do what it will with them. Its not pictured but I have a Batmobile toy from the original movie that is slowly warping into an entirely new shape. Its all very exciting.

My favorite thing in my car is my skeleton. I picked her up a few years ago after Halloween at the Goodwill. Then I took some of my mom�s doll clothes and some of my crucifixes and the rest was history. I love the fact that the weight of the crucifixes over the years has changed her shape. I get a lot of queer looks from people at red lights but I just smile and thank my skeleton for being the best car pool buddy ever. 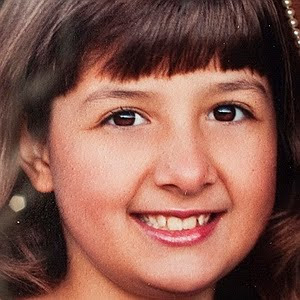 
Thanks for reading. This is a really fun way to get to know one another better so if the spirit grabs you then go ahead and write your own. It's a hoot!