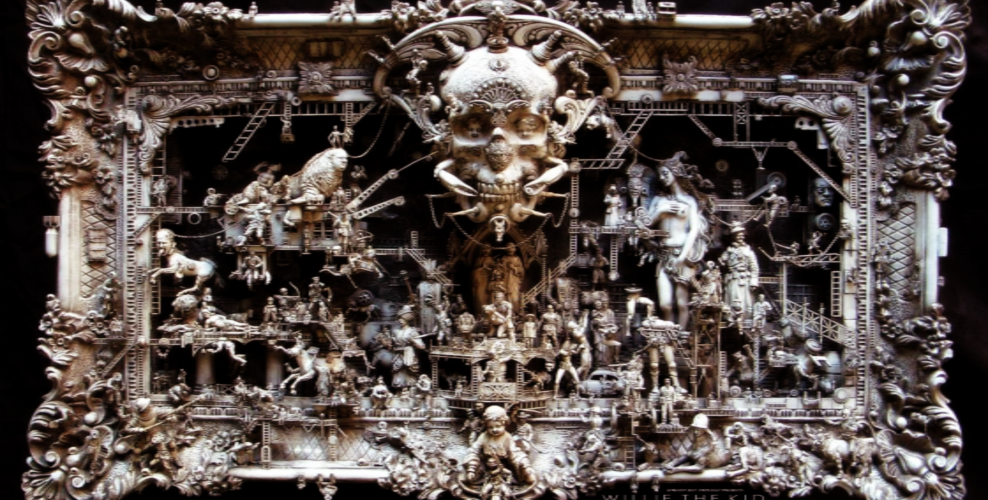 Allow me to re-introduce myself, My name is... 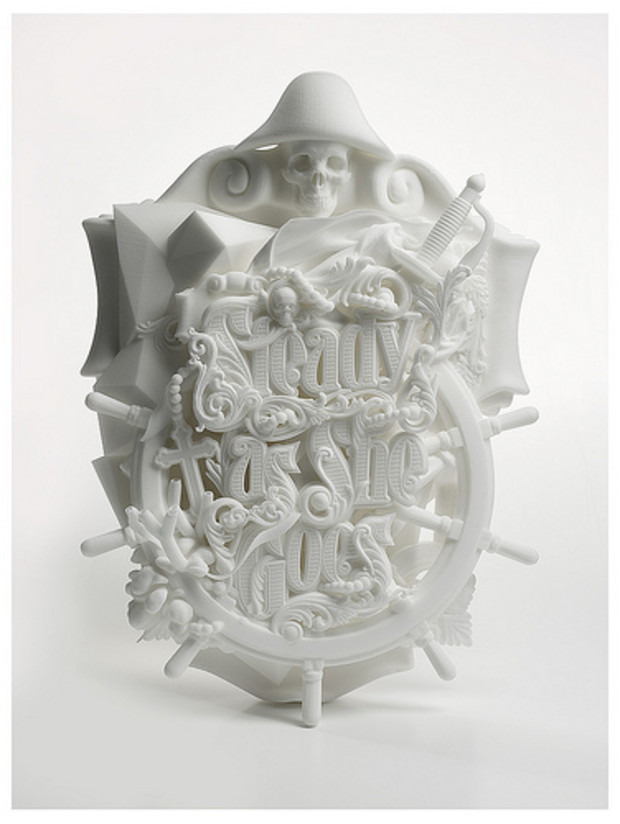 (Note:Apologizes for picture being so damn big, It reads "Steady As She Goes")

So I've been reading a lot your blogs and I noticed that a couple people have put out these introduction pieces. So I figured since I've put out a few blogs myself, but never properly introduced myself that I should do a piece about me.

Hello everyone, My internet persona is "Hound Of Hades". Anyone familiar with Greek Mythology?
If not, if you ever played any of the titles from the "God of War" series or it's copycat of play-style "Dante's Inferno" you may remember a certain 3 headed beast called "Cerberus". My persona is originated from that. It also happens to be my gamertag also (except it is in all caps & the 2 O's are replaced with zeros).

I'm 27 years old, hail from the state that looks like a mitten (Michigan), and I'm biracial. Meaning my mother is Caucasian & my father is African (and although he isn't actual from Africa or ever been there, we are descendents. I just don't believe in putting in the "American" part for any race. It's just condescending). Not that I'm anti-American or anything.I just believe there's too many stipulations in the world already.

I have to 2 boys, Jachilles, my oldest is 5 years old (Yes, his name is derived from Greek Mythology, named after "Achilles" but with a twist, we added a "J"..Whoa! lol. The reasoning behind that is because my women & I, both our names start with J's). For those of you having a hard time pronouncing, Ja-chil-les.

Jayden, my youngest is 4 years old and his name actually means "thankful" & "God will judge". There were complications during his birth and he almost didn't make it. So you could imagine how thankful we were that he did. Hence his name.

As much as I love video games, they are not my only interest. What are my other interest, you ask? Well if I could sum them all up into one word it would be "Art". Art? you mean like drawings, paintings, sculptures, and things of that nature. Yes, but it's delves deeper then just that.

Just as a photograph freezes a moment in time for you to remember forever. Music is the soundtrack to our lives. Music is art.

For example, I love a variety of different music. Although one of my favorites may be that trunk rattling, booty popping, bass thumping, ignorant brilliance (In the words of Playboy Tre "If it's one thing, or should I say a few things that I know about niggas. Niggas like alcohol, niggas like weed, niggas like b***hes, and niggas loooove some muthaf**ckin speakers! You monkey ass beating down the god damn street with your 808 playing ass...nigga! http://www.youtube.com/watch?v=J4b9kVIalr0 @2:20 mark) As much as I hate stereotypes, I do love bumping my system while driving, lol!

But it's not the only thing I listen to though. You'd probably be in awe and disbelief if you seen my music collection (especially after that last statement). So I'll prove my point:

I could keep going but no need for you to have to keep scrolling. I also really love instruments.Some of my favorites are the violin, piano, saxophone, guitar, and oh course drums. If you noticed I put the "Inception" soundtrack on the list not because of the movie, but for the brilliant composing done by Hans Zimmerman. If your unfamiliar with the name, he's the composer behind a lot of movie scores. My music collection ranges from an array of genres.

Music can conjure up all types emotions & speaks directly to our souls.(not verbally but musically, by the strum of a cord, a press of a certain key, or the tempo of the beat.) It speaks to all of us by our own different accords and that's why I'm so passionate about art.

I love all art forms, whether it be graffiti, tattoo's, a sculpture, a painting, a photograph, a film, theatre, dance, a piece of literature, or even the structure of a building. It's all art in my book. Which is why video games are essentially an art form. Life itself is an art form.

A women's body is living breathing art form. Their choice of make-up and how it sculptures their face (Although I don't agree with women wearing make-up, I won't go on a spiel about why).

Sex is a passionate art form (Not to say other art forms our less passionate, because one must have passion to create an art form) So I'll say it's more of an intimate art form. I digress cause I've kind of stepped outside myself there for a moment.

I'm just trying to give you my perspective on life through my eyes. Basically art is all around us and it's the little things in life that we should enjoy. Death is inevitable so live your life to the fullest.

I also enjoy watching animes and cartoons with my kids. Our favorite show to watch right now is "Thundercats". Now I grew up watching the original show as a kid, and as much as I hate the recycling of tv shows and movie remakes. This is a must watch! I mean this is WAY better then it's predecessor (and I love the original to death). I mean right from the beginning of the show, they came out so hard on some old "Lion King" type shit. Then there's technology and the people of Thundera don't even know that it exists. They been living like them folks on the "The Game of Thrones" (Which is the only mature tv show I watch besides "The Walking Dead").

I honestly can not express the feeling I get when I see my kids playing with their swords and my youngest saying "Thunder, Thunder, THUNDERCATS! HOOOOOOOOOOOO!!!!". I mean with complete hand gestures and all. Priceless is the word that comes to mind.

As I mentioned before I watch anime and cartoons with my kids. Another show we watch is "Regular Show". Now my boys don't watch too many animes but the most recent ones we've watched is the "X-men, Wolverine, and Ironman" anime series. My kids love a lot of the Marvel characters and know them by name. All their toys, curtains, bedsheets, clothes, pajamas, shoes, coats, backpacks & stuffed superheroes are Marvel. I mean this spoiled brats are Marvel-ed out! lol. It makes them happy so in return it makes me.

Now my favorite animes that I watch by myself or with my women (yeah, she watches some animes and plays video games too.) are Samurai Champloo, Trigun, Cowboy Bebop, Inuyasha, Death Note & Ghost in a shell to name a few.

Now I'll conclude with, my women is fan of video games also (as are my boys). I mean she LOVES! Bethesda RPGs (Fallout 3, Fallout New Vegas, and Skyrim).

The funny thing about her, is that she has always enjoyed playing kiddish type games where you collect things. So a few years back I brought Fallout 3 GOTY edition (Now I have never been big into the Final Fantasy or Pokemon type RPGs) and she talked so much shit about this game and I told her to try it (BIG MISTAKE, lol). She became a fan. So fast forward to the present, she brought me Skyrim as an early Christmas present. Again, she talked that shit again and I repeated my mistake again by telling her to try it. She became a fan yet again. She's not big into competitive play (she hates it) but she is a diehard co-op player.

I hope I gave you enough insight into who I am & that you enjoyed reading it and thanks for taking the time out to get to know me better.
#ShareonCommunityBlogs
Login to vote this up!