1) This isn't about video games. I apologize. I currently don't have a site of my own, and since I don't think Tumblr is a very good outlet for actual blogging (ironic as that may sound) I currently feel like the Destructoid CBlogs are the best place for me to write stuff. This also won't be quite as silly as my previous blog so sorry for that as well.

2) I meant to write this last week when the news broke, but one thing led to another and it didn't happen. So here I am now.

Anybody who remotely knows me beyond my retarded Destructoid posts has an idea of what kind of anime nerd I am. I tend to gravitate towards sci-fi: anything with robots or space ships is usually right up my alley. I love me some space opera. I have a particular affinity for "old school" animu - the 70s and 80s were, in my opinion, the golden age of cartoons from Japan. This is why my heart sank last Wednesday when I got home from work and discovered the news that Noboru Ishiguro had passed away.

...among many others - those are just the ones I'm familiar with! I don't expect many of you to be very familiar with the shows I've named (though I would be extremely pleased if you were), like I hinted at above, these shows date back 25+ years.

I will come right out and admit it, though: I was not familiar with Mr. Ishiguro's name prior to this news. But this is to be somewhat expected, no? Many leading figures behind works stay in the shadows. Space Battleship Yamato is associated with Leiji Matsumoto for his chacter designs and writing. Macross fans know the name Shoji Kawamori for creating the story and mechanical designs, as well as Ichiro Itano for the animation. Megazone 23, Orguss, and Macross are all recognized as having the same character artist, Haruhiko Mikimoto. These are the names that stand out, that are in the spotlight, that are mentioned in even the most modest discussion of those franchises. But while all of these people are responsible for the stories and visual designs, it was Noboru Ishiguro who is responsible for directing the shows, taking the ideas and drawings of the above icons and making sure they resulted in the series they ultimately became. Directors of anime, not just Mr. Ishiguro, often go underappreciated unless they also provide more "tangible" roles such as design, music, or the stories themselves.

Japanese animation really lost an important figure last week. If you think of yourself as an anime fan, especially sci-fi stuff, you likely owe gratitude to Mr. Ishiguro for his impact on later shows, even if you've never seen any of his. Rather than focus on the hole in the industry left by Mr. Ishiguro's passing, I will instead focus on the impacts his contributions have made to my geekdom (and, ultimately, the person I am today) and make a point to learn and better appreciate more of the names that scroll by in the credits.

To finish, I will leave you with some links to really great writing (better than this) about Noboru Ishiguro. 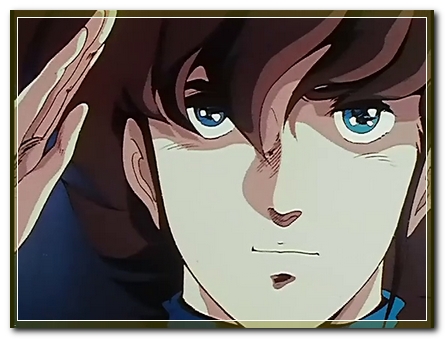