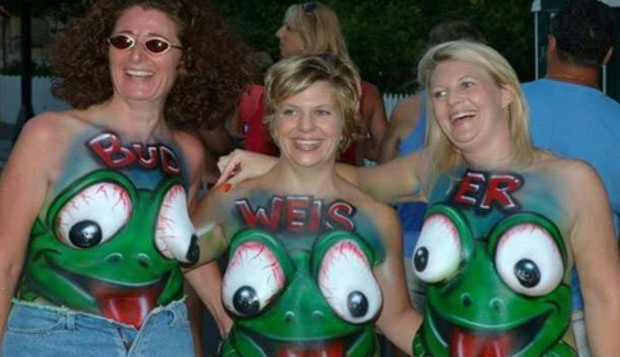 After that it spiraled downhill rather quickly. She took money that should have went to bills and bought Farmville cash to buy worthless virtual items for the farm. She wouldn't go anywhere until her farming was done, even if it was an appointment she'd be late for. She became a mean spirited, somewhat hateful person in that time span, but perhaps the breaking point for our family came shortly after my aunt passed away from breast cancer. My aunt had also agreed to let my mom use her account to farm. Let me tell you � there's nothing more eerie than getting a message from someone who's recently passed away, wanting you to join them in an activity on Farmville. Thankfully my mom's become bored with Farmville, mainly because everyone else has moved on to things like Words With Friends and Angry Birds, the latter being another game I don't understand all the commotion over. Yes, I've tried it. Yes, it's sorta fun. Fun enough to sport a t-shirt and play it during lunch break, or in transition from one location to the next on a daily basis? No.

I am, however, quite pleased with my recent purchase of the new Playstation Vita. I painfully narrowed my choices down to two things in which to spend my income tax money on. My first choice was to upgrade my PC so that it could run games (...like Witcher 2) or second to get the Vita and then have some money left over to deposit in savings for a rainy day. Of course you'll never have extra cash for a rainy day because every damn time you get that extra cash something you own breaks down, and it's always something that costs a fortune to fix or replace. (Case in point, shortly after running out to pick up the Vita our water heater crapped out on us.) I was able to pick up a used copy of Uncharted: Golden Abyss and Raymond Origins with it. I then purchased Mutant Blobs Attack from the Playstation store, and those three games alone have been worth every penny spent on the system. I'm still looking for a game to push me towards dusting off my PS3. There are a couple people here on Destructoid I've been wanting to join and get to know a little better, but I'm sorry � Battlefield 3 is not my game, and the other games I already own on the 360 so it would be foolish to buy a second copy for a different system.

Speaking of the Vita - I was able to give it my utmost undivided attention during my little dental adventure. How fun that was! You know when you get a toothache and you mislead yourself into believing it will all be fine and dandy in a couple of days? Yeah, no. So I made a call to my dentist, which I had only seen once before because my insurance seems to think changing my dentist on a yearly basis is the most cost effective method to take. I was greeted on the phone by a receptionist with the personality of school marm who hasn't seen any action in a decade. She informs me I can't get into the dentist until the middle of the following week because he's so damn busy right now, and he doesn't have time for these emergency walk-ins. Her exact words. I went ahead and made the appointment. I told myself I'd be fine. I believed I'd be fine because I had a little bottle with some leftover naproxen in it. This was a very bad idea. The problem with naproxen is not only does it help relieve pain, but it's also an anti-inflammatory medication. The second problem was that I only had enough to last till the end of the current week, leaving me with 4 days till the scheduled appointment.

Come Friday, when my little bottle of magical pills ran dry, the right side of my face exploded out like a balloon left on the helium machine too long, and that dull, throbbing pain that reminds you you're in for a world of hurt, set in full force. I had no other option but to head to the emergency room where they registered me and took me to the back waiting room, all the time looking me over in disdain like some worthless piece of trash that doesn't have the common sense to visit a dentist on a regular basis. Three hours later and a piece of paper for a prescription of penicillin, Tylenol with Codeine, Vicodin, and Cleocin thrown in for good measure, I was able to return home in a lot less pain. It took one more visit to the emergency room, a threat from the doctor to admit me into the hospital (which I talked him out of) and 3 days before my face was back to normal. Needless to say � Monday morning I found a new dentist. It took some bitching to the insurance company, but I believe I made my point crystal clear, and the lady I spoke to will remember me for some time, I'm sure.

By the way, all those drugs mixed together, in the amount I had to take them......whoa! Don't do drugs kids. Play video games! Then again, maybe I should have picked up a game like Children of Eden?