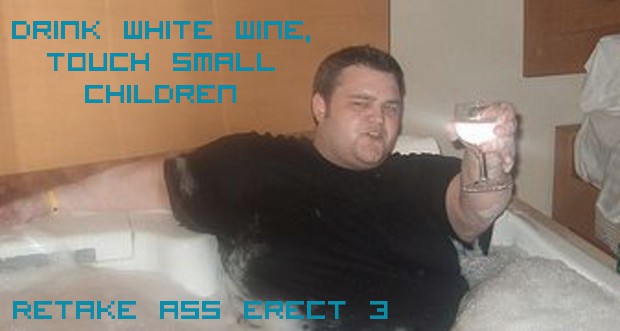 A Petition for Alternate Reviews by Destructoid Editor Jim Sterling

We, the undersigned, respectfully request the consideration of the following petition.

* Another major concept of game reviews is that any game receiving lower than a 7.0 is garbage

However, we also believe that the currently available stock of his reviews:

* Do not provide satisfactory numerical designations of actual game quality

* Do not convey reactions consistent with a sizable portion of Destructoid's readership, or game review readers in general

* Do not regularly match up to the opinions of other, more established (read: commercial) sites such as IGN, Gamespot, Game Informer, et cetera

We therefore respectfully request revisions be provided to Jim's reviews which provide:

* A more satisfactory evaluation of Assassin's Creed II, as that game was leaps and bounds beyond its predecessor and had Ezio Auditore, who was so awesome, they milked him for two more games and several tie-ins and cameos

* An explanation of how anyone, Jim Sterling or otherwise, could enjoy Call Of Duty: Modern Warfare 3 to the extent Jim apparently did

* A lengthy revisitation of Gears Of War 3, in which Jim realizes the technical advancements of the series' third installment over the prior two games clearly make it superior, thus ending the feud between him and Cliff Bleszinski, because we love CliffyB and are tired of him sounding like a bitch whenever Mr. Sterling is mentioned to him

To this end, we donate to the "Retake Ass Erect 3" charity drive in lieu of our signature to this petition, in order to establish our sincerity, our love for Destructoid.com, or at least, our love for the bits with which Jim Sterling is not involved.

We thank you for your consideration.

And are kind of surprised we managed to spell "Bleszinski" correctly on the first try.
#ShareonCommunityBlogs
Login to vote this up!