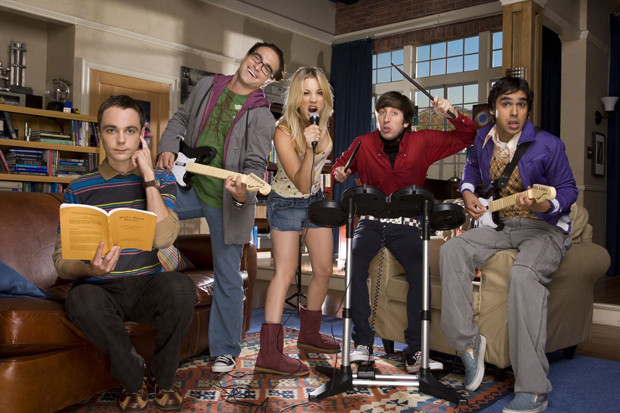 I'd also argue against the fact that Chuck Lorre can't write women. This dude wrote Roseanne, Grace Under Fire and Dharma & Greg. All strong female lead shows. Out of all of his shows, the prevalent theme is to match up odd pairings and see what kind of fireworks appear from this. I think that's why they attempted to bring Bernadette in to the guys night. Sometimes this all works and some times it goes horribly wrong. This time, it was just a bit dumb.

However, I will posture that demographically speaking, having a girl gamer on TV isn't worth the risk writing her. At least not without a guide to bring her in to the fold. I mean this as a public image thing. Girls are smart, attractive and are usually played either to comedic stereotype or true ideal. It sucks, but guys are usually stupider in respect. This is still the case with the Big Bang Theory, though the guys are stupider socially. I said above what this show does, but I think there is an overall disdain for gaming in public consensus. It's a guys hobby would be the cheap and dirty way to describe it.

It essentially is a waste of time in a decent enough group of people's eyes. This is CBS so the show is trying to hit the 14-65 year old range, and perception I would argue is geared towards trying to hit those older notes. My mom doesn't want to see normal guys and girls staring at a TV and pressing buttons. That's not entertaining. What seems to work in formulaic fashion is guy gets girl to enjoy his hobby and girls response is played to laughs.

This works because most people can correlate doing something new with their date that they don't want to do. With perceptions of gaming still being male dominated, I understand the logic of this. It's an easier theme to produce for laughs, which is why they do it here. It's lazy, don't get me wrong, but it does the trick all the same. This segment would be akin to the old shopping at the mall gag.

Obviously this could all have been alleviated with a female "nerd" that came in to the group. That's unfortunately not possible in this case. The core 4 are the focal points and the new girl member would be akin to Poochie. I'd welcome her on, but she's unnecessary. Meanwhile, Penny as a character still needs help and I'd throw someone her way instead of the other.

The only possible way is to have Raj get the only normal girl the show has produced, but he can't since he has an impairment (and he's the most feminine of the group). So, we're stuck at a friend because obviously a normal girl wouldn't stick around these people. See: anybody that has ever dated Leonard.

I guess I wrote this all up because I didn't see anybody else that watches the show reply to you, so here is my long winded response.
#ShareonCommunityBlogs
Login to vote this up!