12:50 AM on 03.16.2012 (server time)    0
The Big Bang Theory has been a tolerate/hate relationship with me. Like eating Taco Bell at two in the morning, it is something that is best avoided but for one reason or another I give into its delicious, crusty siren calls. I originally started watching it sometime after season two started after being told to give it a try. I am one of those people that I do not feel like I can build a proper opinion regarding something unless I've experienced it. So I gave it a shot. The first two seasons were nauseating to sit through. Overwhelming stereotypes were forced down viewers' throats tainting any possibility of it being enjoyable. However, going into season three the characters started to develop slightly better personalities; acting more like actual people with conflicting complexities instead of just being the "awkward, nerdy" guy or the "super smart but stupid" guy. Even though the geeky jokes are very forced and mainstreamed, the science humor added a slight bit of charm that started to appear which led me to watch through it the fourth season until it went downhill again. Nonetheless, I had invested enough time into it to keep going. It soon became the thing I watched when bored and sleep deprived.

Normally it takes quite a bit to offend me, but the latest episode of Big Bang Theory rubbed me the wrong way. In "The Weekend Vortex", Raj suggests that the men partake in an forty-eight hour gaming marathon playing The Old Republic. The idea of an 'all guys' weekend mixed with Star Wars instantly catches everyone's attention but drama develops when everyone's relationships begin to clash with their plans. The weekend is turned into a girls vs guy battle after Sheldon bails on his commitment to Amy to accompany her to her aunt's birthday party. She spreads her hurt feelings to Penny who helps her crash the guys' weekend as revenge and to set Sheldon straight. 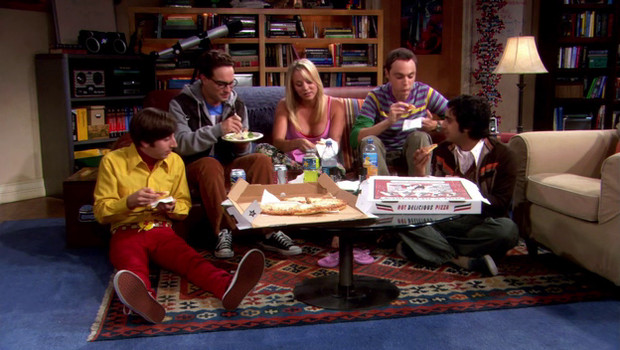 Because have you noticed the other reoccurring pattern regarding the female characters...?

All of them are "girlfriends". Each and every lead character that has been a woman was introduced to the show for the sole purpose of being matched up to another character, even if their relationship spanned over a few episodes. I do not mean to write the show off as being sexist because I do not exactly see it in such a way. Relationships always add more to the plot and naturally do occur when people who share similar interests, life styles, and ideals mix. It adds a sense of realism to the storyline but the way The Big Bang Theory has done it has been poor character development. In the very first episode, Leonard had already established a hollow infatuation with Penny to the point of offering to help her retrieve some properly from her ex just based on speaking to her for a few minutes. Bernadette was introduced to the show by being a selected friend of Penny's to go on a date with Howard due to the girlfriend pact: an agreement Penny would set him up with one of his friends. This eventually blooms into their relationship leading up to their engagement. Finally, Amy is introduced by flat out being matched up to Sheldon after Raj and Howard make a fake profile for him on a dating site.

Though of course the train does not stop there. A few other reoccurring women in the series were also implemented into the plot for little reason other than to complicate relationships and add sexual tension. Leslie Winkle (a rival of Sheldon's at the university) only appeared in a total of eight episodes and grew notorious for casual sex between Leonard and Howard before being written off from the show. Priya Koothrappali (Raj's sister) is yet another character whose traits center around an active relationship with another. Filling the shoes as the "uppity, rich bitch", she seems to hold little value to her relationship with Leonard as she hides it from her family and cheats on him after relocating back to India. Finally, there was Dr. Stephanie Barnette; a surgical doctor that Leonard had a brief, semi-serious relationship with. She was written as a date Howard was trying to impress but felt a stronger connection to his friend instead. In an interview, Prady admits that she was "a chance for Leonard to learn that just because someone loves you, doesn't mean you'll love them back" but nothing more.

I cannot help but feel somewhat insulted by all of this. Not only does my niche in the community not seem to be noticeable, but apparently woman are only good for making our male counterparts not lonely. While I do not feel that show is intentionally sexist, I do feel that there is plenty of room for the women of The Big Bang Theory to grow, especially in the geeky department. Poor writing choices have led to rather disappointing evolution of the characters. I do understand that not all scientists or doctors enjoy technology and science fiction hobbies, but this is a sitcom about scientists who do enjoy those things. Why can't we have a woman be like that, too?
Login to vote this up!