How I spent my gaming time this week

I decided that I would just start back with what games I have been playing recently. Hope you all enjoy. 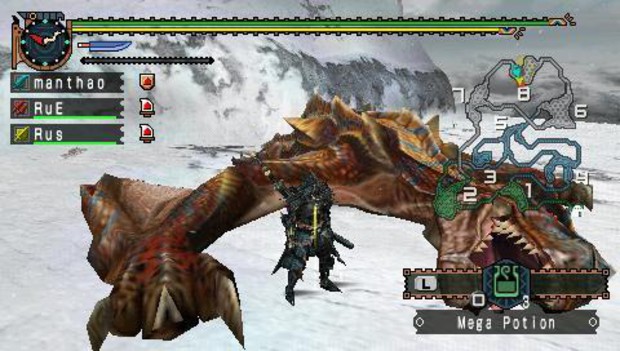 This game. THIS GAME. Imagine living in a world of badass where you kill stuff only to craft the leftovers into awesome armor and weapons to kill more powerful stuff. Rinse, repeat and you have Monster Hunter.

Its more of a action game than RPG, but there are a ton of stats involved with resistances and power boosts. The game is also if you are not used to it, kinda hard to get into. I mean in Freedom Unite (which was the first game I played,) the third quest had you go collect these monster tongue things that were easy to get. But out of nowhere a motherfucking Tigrex comes out and wrecks everything. At this point in the game unless you have fought one before and can dodge every single hit, this thing will one shot you. The only thing you can do is run. Later in game you have a quest with the one goal of killing the Tigrex. The fight will still be hard but now you actually stand a chance.

I have also been playing Rhythm Heaven Fever on the Wii but I think that it deserves a blog to itself one of these days.
#ShareonCommunityBlogs
Login to vote this up!