How About a Mass Effect 3 Article with No Ending Controversy (Spoiler-free!) 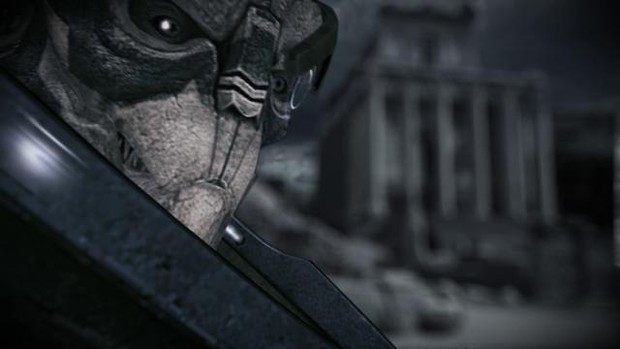 Asking myself why this only happened now and not during Mass Effect 2's caps-requiring Suicide Mission, I guessed it was some combination of the stronger central narrative, the extra 20 hours of character development, and the fact that this really, really is the end, and continue to believe so; but the point stands that I felt things - real, tangible, complex emotions - which no creative work on the planet or beyond has ever been able to coax out of me. Dig further, and the reasons are not unclear - were I to break each Mass Effect entry down and scrutinize every aspect of its making, of course I'll spot cracks and bumps and a good few big gaping holes; but panning the camera back to the cohesive whole, all I notice is the incredible and colossal scale and ambition on display - and, perhaps more importantly, its variability.

I'm not going to tell you what my Shepard was like, or what she did and chose. You don't care. I don't care about yours, either, and, along with old-fashioned good writing and character development, that's the better half of why my for-real hands were for-real shaking over the potential fates of these not-for-real individuals. I am far from the first to note how the 1,000+ variables that Mass Effect 3 takes into account, whether as massive as a character who could've been dead for 2.5 games or as subtle as a single word in a single line of dialogue, amplified across what is now almost 70 hours and 3 complete narrative arcs, shape and color my playthrough in a way that's unprecedented in gaming and irreplicable in any other kind of media. But I will be far from the last.

During the next two days in which I tried and failed to put my thoughts into words, I didn't feel happy. The game dominated my mind - I was constantly distracted, trying to process my feelings. It wasn't dissatisfaction; it wasn't anger. I had no clue what I felt, except that I was convinced I could never go back and play Mass Effect 3 again. Doing another playthrough but picking different choices would amount to little more than an academic exercise, in which I play against my "true self" for the sake of measuring differences.

As the new week opened, I began to recognize the emotions as sadness and melancholy - my personal journey is over, and I can never experience it like that again. When I read a book, or watch a movie, or even play the average game, I am getting the "same" thing as everybody else who did likewise. Interpretations may differ, but the world and story remains there, like a photograph I can revisit. While, from a technical standpoint, Mass Effect is no different, my mind treats it as if I'd lived it; as if it is not merely a record, but an organic memory. However illusionary such an effect may be, it is still profound and unique - no work of fiction has affected me as deeply in as many ways, and even with decades of potential in video gaming, I'm not entirely convinced anything ever will again.

And yet, at this moment, I am currently 16 hours into my second run of Mass Effect 3. I didn't punch that person in the gut this time.
#ShareonCommunityBlogs
Login to vote this up!