2:13 PM on 03.12.2012 (server time)    0
Games like Resident Evil and Dead Space aren�t horror. Now that I�ve got your attention, let me clarify that statement. Sure those games are classified as �survival horror� games, but they don�t represent horror to me, and it has nothing to do with the more action-oriented flavor these games have adopted recently. So what do I consider horror? The answer might surprise you. 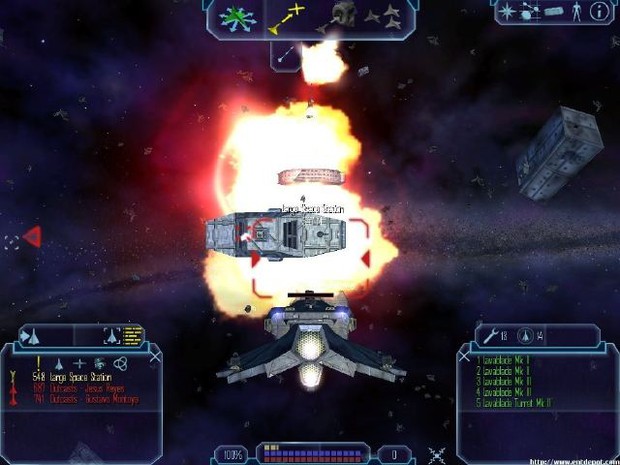 Flying into a gas cloud in Freelancer is fucking terrifying, especially in the outlying star systems on the edges of the game�s map. There�s just radiation, some space rocks, and a whole lot of nothing. Because unlike Tachyon, Freelancer is a more open game that allows you to explore. So that means certain areas have only a few enemy encounters and a whole lot of nothing. The backdrops may look pretty, but they just hide the existential horribleness that lurks underneath.

In TV shows, movies, and other games that deal with space, you or the characters always have companions. Han Solo has Chewie to keep him company when they�re out doing smuggler things. The Serenity has an entire crew. The Galactica even has a whole fleet around it that provides human contact. But in these kinds of space sims, it�s just you out there in your ship.

Sometimes in Freelancer there would be no banter or anything resembling human contact, just the sounds of the engines and the radiation alarms as you plunged into the depths of that radioactive gas cloud. It�s so terrifying on a deep personal level that I hate it. I love the games for their mechanics and space combat action, but I hate them for the soul-crushing dread they made me feel.

That�s true horror. A zombie dog jumping through a window is just an unpleasant surprise.

What about you guys? Does anyone else have stories like this where an ostensibly non-horror game scared you more than a �dedicated� horror game?
#ShareonCommunityBlogs
Login to vote this up!