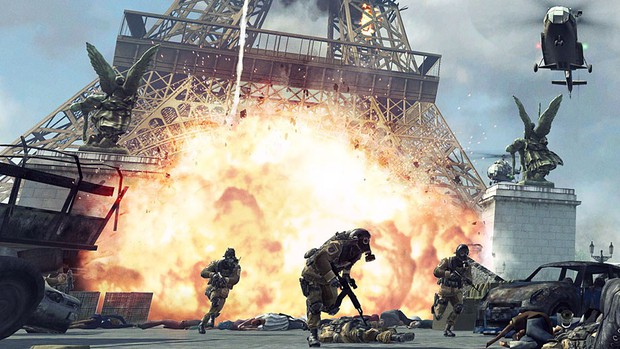 Or at least that's what Medal of Honor: Warfighter implies, with the latest news about the game relating to details about how its multiplayer was inspired by FIFA.

Caring, sharing, and cross-fertilization across franchises never felt so good.

And look! As Destructoid's Hamza notes, Warfighter will feature a new weapon attachment!

"Finally, after all this was described we got to see a live demo of Warfighter in action. The game was looking great running on the Frostbite 2 engine, and the audio design was as superb as ever. This particular mission was a rescue op in the Philippines, where the US Tier 1 forces were working with local PCT units to save hostages. It was pretty standard stuff, but a new dual scope attachment was shown off on one of the assault rifles."

So while service men and women continue to fight and die on the other side of the globe, it's all good cause this fall Americans will be blessed with a new Black Ops AND a new Medal of Honor title.

It's striking sometimes just how deeply removed from reality we can be sometimes. The more we connect to online multiplayer and pseudo-warlike deathmatches the more we disconnect from the realities of war and how it affects those whom it actually involves.

I wrote about this earlier this week. The whole thing is a bit sick.

No, actually it's a lot sick.
Login to vote this up!