10:23 AM on 03.03.2012 (server time)    0
The camera remains one of the most integral parts of game infrastructure. We all know how bad camera controls can interfere with the enjoyment of even the funnest game. Yet, one of the most important aspects of the camera is one that we hardly think about, the camera perspective. The camera perspective can directly have an effect on how you perceive a game and it's world, with first person, third person, and even second person cameras providing alternate viewpoints on the same world. Still, why does the purpose and power of perspective get looked over so often? Skill-based multiplayer shooters are normally first person, RPG's are normally third person, and pretentious arthouse games attempt experimental second person camera projects, this is the way the world works, but... why? Why do we use certain camera perspectives for certain types of games? Through a combined effort of research, observation, and scientific wild ass guesses, I will attempt to answer this question, as we take a closer look at camera perspective in games. 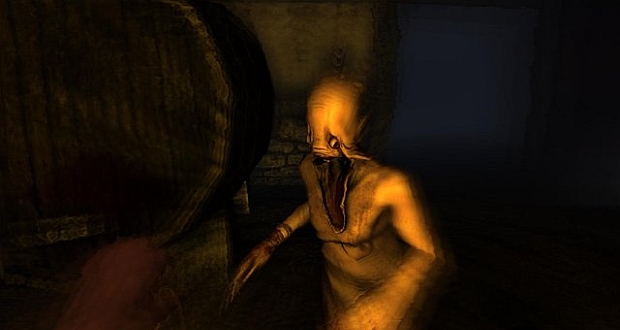 Amnesia provides one of the best examples of survival horror done right.


This sense of vulnerability that makes Amnesia so bloody scary is what makes survival horror the genre it is. But if first person provides great vulnerability, then why is it not the only perspective used in survival horror? Well, let's take a look at Silent Hill. In Silent Hill, most of the town is covered by a deep fog, only allowing you to see so far ahead of you. The story behind this was that the PS1's graphics could not take the level of detail in the game, and they moved down the render area to make it technically possible, and give it atmosphere. However, what this fog does is provide a sense of limited visibility, and the magical survival horror keyword- vulnerability. This gives us all of the horror of first person, without having us identify with the main character too much, which I cannot go into detail about without spoiling Silent Hill 2.


Example of the second person in a Psychonauts boss fight- Skip to 8:15, possible spoilers.

Last but not least, is the curious second person perspective. If that would even be the proper term of it. To be true, the only example of a second person perspective would come from a certain boss battle in Psychonauts, in which you see out of the eyes of the boss you're fighting. It makes for an interesting way of navigating the map, and the sense of being in a horror film in which the creature is rapidly approaching. New camera perspectives of these types could provide entirely new ways in which we see and interact with games. By learning about the properties of existing cameras, we can better construct game experiences and deeper interaction. Regardless whether designing games is your forte or not, I would love to hear about other ways cameras can be used in games. Feel free to comment with ideas, examples, arguments, agreements, or disagreements. No matter how much you know, it's always possible to simply take, a closer look.
Login to vote this up!