5:53 AM on 03.02.2012 (server time)    0
This seemed funny when I took these pictures two weeks ago. When I looked back at them, I giggled more than ever. Maybe not as much as my giggling at the novel version of Bonerquest I've been writing. As I write stuff down, if I start to giggle to myself, I think I'm doing something right.

This dumb content is probably the more palatable or at least going to be one of the most popular articles I could ever write, despite it being nothing more than taking pictures of toys. This took less than an hour and writing stupid things hopefully less time than that. My biggest pain as a new toys journalist striving for credibility and indie credibility! Oh woe is me, toys are art, it's still real to me dammit! You remember the Godzilla's posing with games? This post is just like that, but with three paragraphs wasting your time up front. That is, if you actually read this part.

But who cares about that! Here are pictures of action figures posing with video games. Ninja Turtles, a pro wrestler, more Dragonball Z toys than I remember buying, and some surprises are all here, posed with video games! 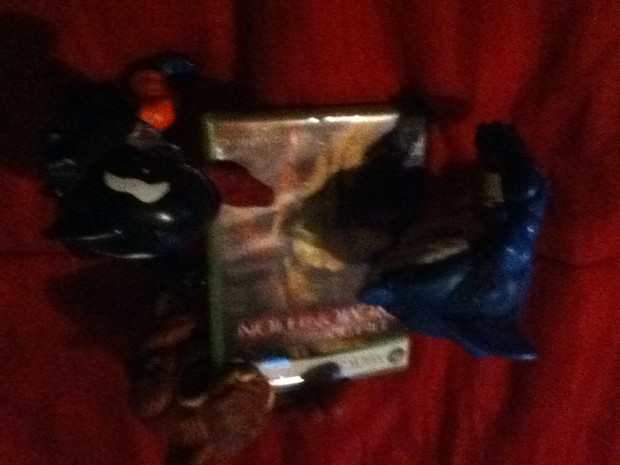 These showed up upside down again. Doesn't bother me to leave it like that as much as it does for you to complain about though, go on, complain! Waste your time and get laughed at by me! I love it!

That's it!
#OpinionEditorial
Login to vote this up!