I Am The Bat: How the "game" of Arkham City never gets in the way of the game. 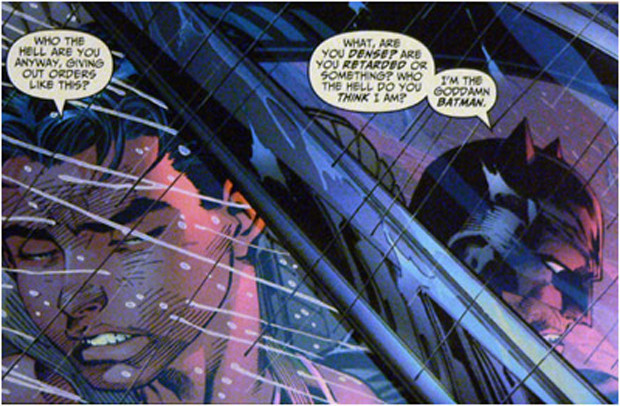 Arkham City is a video game's video game - but it hides it well. Underneath that super polished high-budget exterior and thick gritty atmosphere are some of the most fundamental gameplay elements we've come to expect from games. You have combo-counters, arbitrary rules, anti-frustration measures, collectables, all very standard stuff. But it never especially nags at the player or takes you out of the gameworld.

If there was one thing that really makes Arkham the best comic book franchise games ever made it is that successful marriage of licence and game. Neither narrative or game are ignored in favour of the other, instead they work together to make the raise each other up. It is a fantastic design and I hope to see future developers follow in Rockseady's lead.
Login to vote this up!