3:03 PM on 02.27.2012 (server time)    0
Some of the community members may know that I keep a small blog. Normally, I post about my garage kit projects, how they're progressing, what they look like once I'm finished, etc but every now and then, I break off and post about current anime seasons and (more frequently) I write mini-reviews for some games I've completed recently.

Most of the time, I don't bother cross posting here as the games are often the big titles which people already have opinions of or they're so late, I don't see the point in posting them again elsewhere.
OK, maybe I could have posted my review of Gundam Extreme VS...

But this time, there's a small PSN game which I think IS worth posting about, partly because it doesn't seem like it's getting much coverage anywhere! And since this is the first review I'm cross-posting, I guess I should say that my style is kinda kotaku-like. I'll give a little backhistory about the game and some of the gameplay mechanics on it and then explain a few points which I liked and hated about the game before summing things up at the end. But before we begin, here's an obligatory warning about the wall of text you're about to see. You can find the original here. If you like this style of review, let me know and I'll consider throwing more out when I write them. The next one is likely to be either Catherine (which just recently got its european release) or the Last story.
Ready? Well then, here's my mini review of the PSN download title, Malicious:
___________________________________________________________________

And now for something a little different! Up until now, my mini reviews have been on boxed titles and I haven't really done a review for download titles found on XBL or PSN. The reasons are many, like how I often don't pick them up until much later than release or that, due to their nature, I don't really have that much to say about them. Even the best ones, like hard corp: Uprising, tend to fall into either category or both but a few weeks ago, I bought a PSN game which kinda needs to be talked about, mainly because nobody is!! That game is Malicious! 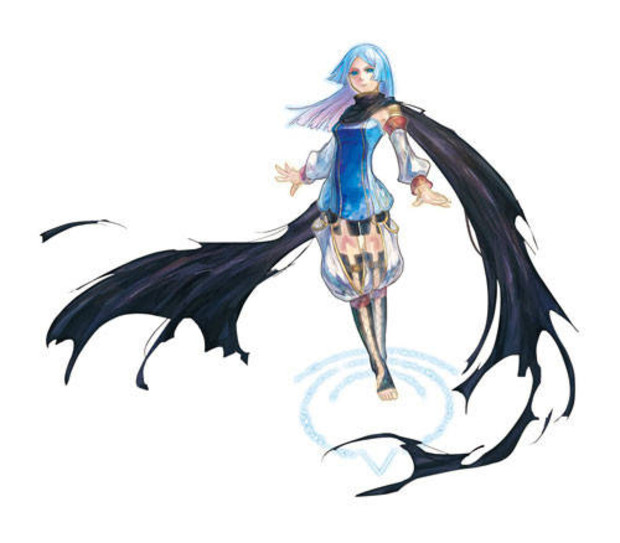 There's no lifebar as such in the game either. Instead, when you take sufficient damage, the screen flashes red and your character loses a limb. If you lose 4, then you go into a "sudden death" like state. Limbs can be restored by using aura and the more limbs you need to repair, the more it costs. Sadly, you can't restore 1 at a time so if you lose 2 or 3 and don't have enough aura to restore them all in 1 go, you aren't able to!

That's pretty much the game in a nutshell. So, how well does it play?

Beautiful to look at - for a downloadable game, it looks really stunning. This isn't the kind of art-y "look at me" style of limbo but genuine "this could pass off as a boxed title" beautiful!
surprisingly deep - despite only having a rather limited set of moves, even after you unlock them all, the game still has a lot of depth and allows you to combo attacks surprisingly easily
Instant gratification - by making the stages somewhat small and showing the boss off straight away, you get right to the thick of things and take things on with aplomb from the offset!

Ridiculous difficulty spikes - Some of the stages are just insane. I did the red queen last and she was able to completely destroy my character with a handful of moves if I was not careful. None of the other bosses came close to that level of power, save for the final one.
Really crap camera - Remember how crap the camera was in ninja gaiden? Yeah, this one is at that level. It easily gets stuck around corners, locks onto the wrong enemy and can leave you totally blind in certain moments.
Story? What story?? - For all the effort the makers went to in order to establish a setting and story in the prologue, it means jack shit when you actually start playing!
Really short - With only 6 stages available and each one taking an average of 30 minutes for me on my first run, that doesn't add up to much gameplay time, but what it does provide is fantastic!
Lives? in 2012?? - The game provides you with 3 lives at the start of the game which allows you to continue exactly where you left off when you die to make things easier for you but there's no way to gain any more so if you use them frivolously at the start of the game, you'll end up in great difficulty on later stages. But if you don't use them, you have to start the stage you're on from the beginning. And just in case you didn't get this from the description, that's 3 lives for the WHOLE GAME! if you find youself stuck on a later stage and have no lives left, you have 2 choices, get a lot better so you can complete the stage (and subsequent ones) on 1 life or start from the beginning!

With its emphasis on boss fights and short stages, Malicious reminds me of Alien Soldier, a treasure game for the Mega drive/Genesis which was basically nothing but boss fights! Malicious isn't terribly long but it's wonderful to play while it lasts and you can't really argue with the pricetag of a mere £7. The game was able to distract me from Catherine until I managed to complete it, and that says something (not sure what though, as I can't say I was a fan of Catherine. I'll probably post my thoughts on that game soon). There's also a vita version in the works. If that gets a UK release, I'll be sure to get that too since my purchase of a Vita is pretty much a forgone conclusion. It's just a matter of when! This is definitely one PSN title which deserves more exposure than it has been getting and a genuine but pleasant surprise! Just go play it!!
#ShareonCommunityBlogs
Login to vote this up!