12:27 AM on 02.21.2012 (server time)    0
I've been playing video games for 20 years now and over those many years they've elicited a number of emotions from me; frustration and anger at the difficulty of some games, happiness and fulfillment at the greatness of others. The rarest emotion however, is genuine sadness. I can only think of two moments in gaming that made me feel truly sad. The first was Celes' attempted suicide in Final Fantasy VI and the second is the focus of this post: the ending of Metal Gear Solid 3: Snake Eater. 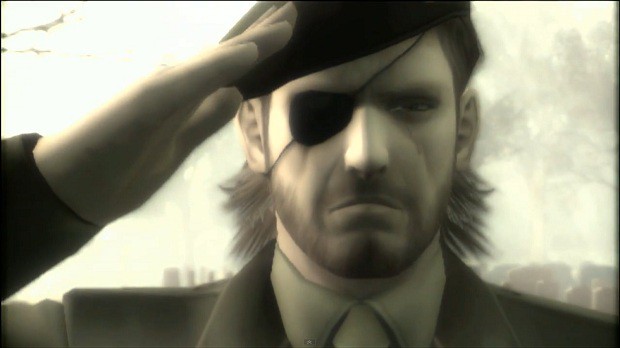 That final image and those words were the closest any game has come to bringing me to tears. Metal Gear Solid 3, like the rest of the series, is a goofy game, but its ending is one of the most somber and moving things I have experienced in a work of fiction. Despite its sadness, it also manages to be one of the most satisfying endings to any game I've ever played. Whereas many works of fiction are lessened when the mystery of their plot is removed, Metal Gear Solid 3 is at its strongest when all the veils are lifted.

If you enjoyed that article, you may enjoy my blog where I talk about my favorite games of the past two decades. Its ad free so I make no money off of it; I just do it for fun. It probably goes without saying but just to be safe: I am no way affiliated with Destructoid or any other gaming website/video game company. Thanks for reading!
#OpinionEditorial
Login to vote this up!

Who? Me? I'm nobody. I just blog about video games. You can check out my blog at:

I mostly write about my favorite games from the past two decades but I occasionally do VGM related posts as well. I usually go for a comedic tone with my articles but some are more reverent than funny. Thanks for reading!