DLC, yep another one.

9:09 PM on 02.08.2012 (server time)    0
I was a fool to think that DLC would be a great thing. When the new generation of consoles was coming out, game developers was going to do this thing called 'Downloadable Content.' I remember saying that DLC is a great way to expand a game and we don't have to see sequels all that much anymore. It would lead the way to new IPs. Jump forward now and DLC is worse than I feared. While not all DLC is bad, there is a growing epidemic going on. Pre-Order DLCs, Already on Disk DLC, and over price DLCs.

I WOULD MAKE A GANDALF QUOTE, BUT IT WOULD BE TOO EASY

It's not even worth it most of the time

I'm not going to stand here, or sit here as the case maybe, and say that DLC should just leave forever. No, when DLC does right, it shows what DLC can do. Games like Fallout, Oblivion, and Alan Wake (yes i'm talking about alan wake again) all showed that you can have great DLC that shows what I originally thought DLC was going to do. Then there are terrible DLCs. Five bucks for something that is already on the disk, Capcom I'm looking at you. Then there is this thing that is even worse than DLC. Something that will prove worthless in the long run, Online Passes. Online passes are the evil that companies can do. I buy games used and new. I should not be punished for not thinking that 70 bucks is worth a game that could be terrible. I would rather wait a year for that used price drop so I can play it. The worst that could happen is that I lose 15 bucks. The best thing that could happen is I buy the sequel new when it comes out. This is what I did with Uncharted. I bought the first one used for about 15 or 17 bucks. I greatly enjoyed the game and I ended up buying Among Thieves and Drake's Deception new. I can get why they do this so they can "combat" the used game sales, but those used game sales does more good than they know. If stores like Gamestop gave a percentage to the companies from people buying used, these online passes would not exists. In fact, in my personal opinion, I think that companies would take more risks and create new IPs if they get a piece of the Used market. It would be a win-win for everyone. It sort of sounds like I'm contradicting myself, but it should not be the costumers fault on the business practices of Gamestop. Online passes SHOULD NOT have an expiration date, EA.

HAIL TO THE KI- QUEEN, BABY

You ain't leading but two things.

What does online passes have to do with DLC. I'm not really sure, I just wanted to throw that in there. So, back to DLC. Some DLC can help sell a game. I knew what Chainsaw Lollipop was, but I really didn't care for it. That was until last week when they released the pre-order DLC for the game. I'm a fan of Evil Dead so seeing that Juliet can be dressed as Ash from the series, I sort of got excited. I watched videos from the game and after seeing some of it, I want to play it now. I hope it's this year's Bayonetta. While it's kind of silly to look at a game after some DLC is announced, it does show that sometimes the DLC is more interesting than the game itself. I haven't played it, but I've heard that Grand Theft Auto: The Ballad of Gay Tony is much more fun than the actual game itself. While GTAIV took itself too seriously, Gay Tony goes the exact opposite. If I knew that Fallout 3 would end the way it did and it would not take you back to the world, there would be a good chance that I would at least rented it. Seeing that I got it new, and the collector's edition no less, I had to deal with the fact that I could not go back. I traded it in about a couple of months after I had it. I did not want to see a message over my head to do something the entire time I do other quests and explore. About a few months or so Broken Steel came out. It would show a new ending and you can continue on your exploration of a bombed out Washington DC while giving you more stuff to do and see. That is one DLC should have have been in the game in the first place.

I really liked the DLC for Alan Wake. They had two The Signal and The Writer. They both could have been in the game, but I felt that it needed to be its separate thing. It does continue the story of Alan Wake, but I don't think its that much of a requirement in the game. In the Signal Alan is trapped in the lake and he tries to find himself. In The Writer he is stuck in his own mind trying to save himself. They only give hints of what is to come if Alan Wake 2 is a reality. If you got the game new you get The Signal for free. It was not on the disk and you had to wait a good while for it to come out. The Writer, the better DLC, came out a while after that as well. With any luck, if Alan Wake 2 does come out it will show a 'Previously On Alan Wake' like the games "Episodes" do. Both DLC was not in the Disk and you really had to wait for the content to come out. They both was worth it at the end and it was only game I bought DLC for.

JILL IS NOT THE MASTER OF UNLOCKING AFTER ALL DLC does have it's dark side also. While games like Grand Theft Auto IV and Mortal Kombat you had to wait so the developers can make the DLC, there is a few out there that will just make you pay for something that is in the disk anyway. Marvel Vs Capcom is infamous for this. I played a little bit of the game and had a good time with it. So why didn't I get it? Because I don't want to pay 5 bucks for Jill Valentine when she is already in the disk. She has her own code if you got the collectors edition. Speaking of Jill Valentine, Capcom actually had the audacity to make you pay for Online gameplay for Resident Evil 5. Back then it's a joke. It was something that no one saw coming. Now, we have Online Passes. There are two kinds of Online passes, one for online gameplay that you have to play online. The other, which is becoming new, an online pass that will unlock single player content. Mass Effect 2 did this with the Cerberus Network, and Kingdoms of Amalur does this also with side quests that is shut off. This is unacceptable.

FEAR AND LOATHING IN MAP PACKS

Another thing that is annoying is when pubilshers released overprice DLC. It should not cost $15 bucks for a couple of maps. The highest it should be is $10 and even still that is too high. You can say that there is a ratio between play time and price, but all of that is thrown out the window when the next Call of Duty is coming out the following year anyway. It's not like you can use those maps you paid for in the new one. The worst part of it all is that it's mostly Flashback map packs. Maps you loved in the past game would have to be bought so you can play them again in the newest installment. It really pisses me off a bit when I see that a new 3 level map pack is one of the highest brought item in either 360 or PS3 stores.

IF ALL WE WANT TO DO IS WIN, WHY ARE WE LOSING?

If you want DLC to succeed lower the price on new games. We should not pay $70-$100 for a game, 150 sometimes for collector's editions. And expect us pay almost $5-$15 whenever a new DLC has come out. And for the love of god, don't make Game Of The Year or Complete Edition a year after the game is released. That is only a slap in the face to people that bought the game new when it came out and all of the DLC that has been released. People are willing to wait a year for a game at a lower price with all of its DLC. DLC can be a powerful thing. It will make you interested in a game you didn't care for at first. It can make you care about a game more than you ever did. It adds extra time of that game you love and it won't grow stale long after it's released. There is rays of hope when it comes to DLC, but as of now as publishers are abusing it. DLC should not be overpriced, should not be on disk, and it's got to have a legitimately good reasons to get it. 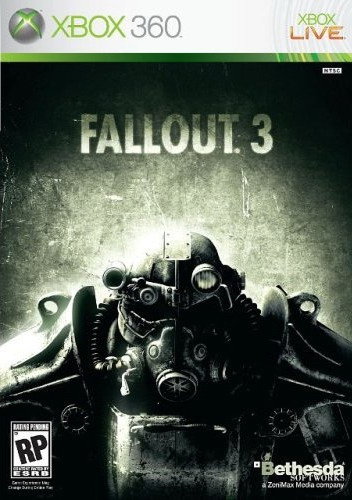 If you got it day 1 when it came out
and then get all DLC when that came out
it would have cost you 120.
40 bucks more than the CE.

If you waited this was 30 bucks
when it came out
Login to vote this up!