A First Stab at Shank 2

11:49 PM on 02.07.2012 (server time)    0
Today was really the first big day for game releases in 2012. EA's new RPG: Kingdoms of Amalur came out alongside 2K and Digital Extreme's The Darkness 2 in the big game releases, we all got the Skyrim creation kit to mod the weapons/armour/hair/boobs/butts/dragons/sky's/rim's of the RPG we all love, and the quirky and frantic mayhem of Gotham City Impostors, but one game I fear may be buried under all of this is the sequel to Klei Entertainment's stylish beat-em-up, Shank 2. It's been two years since the Shank's first massacre and I've been salivating for another Tarantino/Rodriquez-esque slice-and-dice, and Klei has delivered as promised. 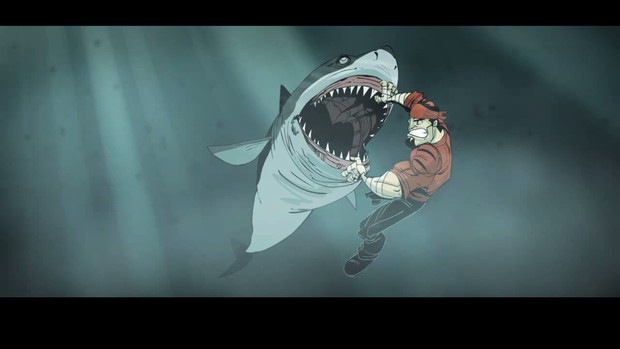 I can say for certain that this game is everything I expected of it within the first hour of playing. It's fast paced, visually-striking, cathartic and cool. While I'm still a little bit grieved over the boss battles, I've still only played an hour of the game, so I'm sure more surprises will await me in the future. The game is said to be longer than the first too, so hopefully the campaign will last a bit more than 4 hours, or at very least have an excellent co op campaign like the first one did, in addition to a solid multiplayer/challenge mode. The game is available on PC (Steam& Origin), PSN, and XBLA for $10 or whatever the console spacebucks are equivalent to and I highly recommend it to anyone who likes a solid brawler, or if you've ever had a bad day.

Give it a try, it's a bloody good time.
#ShareonCommunityBlogs
Login to vote this up!