How An Achievement Caused Introspection - Skyrim 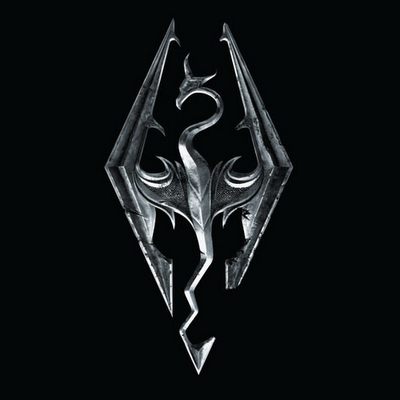 Skyrim is a fantastic game where even something as minor as sidequesting can be fun, interesting, and even a well told story all in its own. Some of the sidequests in Skyrim are much more entertaining than the main storyline...so much so that the main storyline pales in comparison to it. This seems to be something that Bethesda does well. It almost sounds backwards, yet it really is quite brilliant.

Imagine my surprise, then, when a serious epiphany followed by a long moment of introspection occurred when I sought out to get an achievement. Which achievement? Master criminal. For those that haven't played the game yet, shame on you. Also, the master criminal achievement is gained when you successfully have a bounty of at least 1000 gold on your head in all 9 holds. In other words, you have a major crime spree, completely witnessed, and got off scot free well enough to do so in all 4 corners of the Skyrim world, effectively.

First I'm going to start by telling you a little bit about me. While it is true that I play most games that offer lots of choice as either a master thief or a bloodbathed barbarian, I also strive to be "the good guy." You know the type. Even when the opportunity presents itself to get a great reward by doing something malicious, I'll turn it down because I know it will tarnish my reputation...even though I just successfully robbed the entire town blind probably.

It seems like such an odd contradiction, but I'm going back to the Zelda example that I didn't quite flesh out in my last article. Here we have the hero of time, Hyrule, green fairy land, or whatever, we know he's supposed to be the good guy and goes around doing nice things, BUT HE SEEMS TO HAVE SOME MAJOR VENDETTA AGAINST CLAY POTS AND THINKS NOTHING OF STEALING BOTTLES, HEART PIECES, AND OTHER GOODS FROM PEOPLES' HOMES.

The same could be said for most Final Fantasy games as well, but I digress. In any case, I played Skyrim fairly neutral. I chose sides when I was asked to, but for the most part I would do nice things, steal like a sticky fingered bastard constantly, and do just about any mission someone would throw at me, good or bad. I kept telling myself I would do this achievement eventually...you know, maybe after I beat the game or something.

Then I decided "Eh, I'm at level 56 and I'm bored. I bet this achievement will be easy enough to knock out." It was, but that's hardly the point. Allow me to elaborate. The first thing I did was set a manual save game so I didn't have that one MANIAC autosave or whatever haunting me. I attacked a child. Nope, can't kill children. He ran like a little bitch and the guards swarmed on me. They were no match and fell pretty quickly.

"THAT'S WHAT YOU GET FOR MAKING FUN OF THE HELMET!!"

It didn't take very long to earn the 1000 gold bounty and as soon as I did, I ran from the village, set a marker on my map, then kept using stealth until I was safe. When I was finally safe, I fast travelled to the next village. A bunch of people were coming out of a bar. I remembered a few of them being fairly snooty and just plain all around bastards. I came at them with my axe. BAM, HEADS FLEW CLEAN OFF, ONE AFTER THE OTHER.

I was getting excited. The 1000 gold bounty was already there, but it kept saying something about "last witness killed, 1000 bounty removed," so just for good measure, I killed the entire crowd, sparing the guards. I then fast travelled to the next town. I did it again...starting with another asshole, shouting "ha, yeah, fuck that guy!" It was liberating. They were dying with just one hit, totally uncharged. They were in no way prepared for me and it was hilarious.

I did this over and over, often running into the main taverns when I couldn't find people readily available. Hell, there was one town where I had to FIGHT A DRAGON before I could kill anyone, which was especially hilarious because I began the massacre shortly after they'd just cheered me on and thanked me for saving them from death. Bloodbath after bloodbath occurred at my hand. Guards were no match for me, often submitting after one or two well placed hits...but I don't take prisoners...they all died unless they were necessary for being a witness. "You will tell EVERYONE what happened here today or you will get 500 arrows to the knee!"

Then...the achievement rolled over. It seemed to happen almost too quickly. "Already? Man." I loaded up my manual save and...and...my adrenaline was still surging, but...the first thing that happened was the kid I initially attempted to kill came up to me. "When I grow up, I'm going to be a miner. Just like my dad!" I turned and his father came out of the door behind me. "I'm a miner, just like my father and his father before him."

Everything was peaceful again. There was no chaos. Certainly the game surrounds itself around dragons, all kinds of evil monsters, a rebellion, evil gods, and even the corruption of man...but not now. I had been the monster not but a few seconds ago. I had attacked this child; the child of the man behind me. From there, I simply started killing people because hey, fuck them, right? Gotsa get my cheevos!

And sure, it's just a videogame, but let's think about this just for a second. I could have just stolen a bunch of stuff right in front of the guards, but I did the thing I thought would rack up my bounty the quickest: murder. I could justify killing bandits. They often strike first, usually don't give you any other option but to fight them, and, come on, THEY'RE BAD GUYS! So really, I don't feel bad fighting and killing them.

Plus trolls. EVERYBODY hates trolls.

If I was just killing guards it may have been easier, too. The guards in Skyrim have a closed helmet, so in a way, it's easier to look at them as not human and a symbol of oppression. However...these were just civilians. Sure, most are far from "innocent," with even some of the children being outright little shitheads, but they're no warriors. One or two hits and...that's it. Often their heads just flew off...just pop...there goes your head...and that's it.

The sudden shift from aggression and adrenaline to calmness and peace made me realize...sometimes, that's how videogames are. In Doom, everything is out to get you. You have to kill them, hoards of them, before they can get you. The same is true for many FPSs. And really, the same is true for Skyrim in many areas. But it also has established areas of peace...and I shattered that...all for the sake of an achievement.

And sure, I had my handy little reset button, but I couldn't help but feel bad. I actually had to stop playing for a bit and play something a little more lighthearted before I could return. Once I did return, I smiled and went on to the shops as though nothing had happened. Because it never had in the eyes of the save game. But the achievement is there...and I will never forget it.
#ShareonCommunityBlogs
Login to vote this up!