5 Things I Hate About Skyrim Skyrim has hit most gamers' Game of the Year for 2011, if not their personal top 10 list. In saying that, I must admit it's one of the finest games I've ever played. There are a few problems, however, that could have been ironed out to make the game even more fantastic and unfortunately these problems, while ranging from mildly annoying to sort of annoying, culminate to create frustration in a game that is otherwise flawless. Things like...

I don't feel like I'm ruining things here for Oblivion, especially since it's a 2006 title, but if you haven't played it and really want to, you may as well skip this point. In Oblivion, it wasn't too terribly easy to figure out how to gain entrance to "secret society" archetype guilds like the thieves guild or the assassins guild. And really, that makes sense. Actually, I ended up having to scout an FAQ to figure out the assassins guild one.

The thieves guild wasn't as difficult. All you have to do is talk to the right homeless people and you start acquiring info that eventually leads you to where you want to be. But in Skyrim? "HI HI HI, THIS IS DA THIEVES TOWN WHERE THIEVES ARE AND I HEARD A RUMOR THEY'RE IN THE SEWERS BUT IT'S ONLY A RUMOR ACTUALLY." Yeah. Subtle. Oh, but hey, at least it's hard to figure out how to get into the assassins guild, right? Right?

Wrong. You have a mission that's delivered to you by some random means where someone wants to call upon the wrath of the assassins guild and you just happen to get the call...but you're not a member. Easy to figure out. Easy to do. Stupidly simple. Now you might link this in with puzzling elements saying they're trying to make it more casual, but come on. If you REALLY want to be a thief and/or assassin, shouldn't this be more, I don't know...INTERESTING?

Levelling Up Is Too Subtle

I like subtlety. Games like Shining Force Neo make this fun because allocating just a few points into something won't be the difference between a deathblow and missing the enemy entirely, but it will, over time, account for something grand. Unfortunately, Skyrim plays this hand with such subtlety it may as well not exist. As a side note, I WAS trying to be a master thief first and foremost, so it may just be that I didn't notice immediate gains for that reason, but I digress.

The first 10 levels, it seemed like nothing was truly improving. Sure, I was technically getting stronger, more adept, etc. from a numbers angle, but there was no noticeable gameplay difference, especially because of level scaling. Worse still, so you'd go "Ah shit, I'm really getting raped in the HP department. That does it. When I level up, I'm working on light armor and improving my HP!"

Yeah okay...only you'd still be getting screwed over anyway. The change is so subtle it's unnoticeable. In fact, I didn't start noticing major gains until probably in the 30s or 40s of character level. Granted, I'm level 54 now and I rarely die anymore, but the bottom line is there's a point at which, especially if you're trying to dedicate yourself to a certain class, you get totally screwed over regularly because you're not really training yourself as a warrior and the level scaling suddenly jumps out of nowhere.

One of my biggest gripes about Oblivion is trying to climb mountains. Often you'd have to work on your acrobatics skill, constantly jumping, and hope you find those few "sweet spots" that actually allow you to progress upward rather than sideways until you find your way up. Oh, and THEN when you finally do find your way up, you find a very clear pathway down that you didn't find AT ALL when humping the entire perimeter of the mountain for about an hour. FUN.

At least there weren't many mountains in Oblivion and at least in the new Fallout games there are rarely mountains at all, but SKYRIM IS ALL ABOUT FUCKING MOUNTAINS. You know, they took out various "redundant" abilities like acrobatics...why not replace them with a climbing skill? Maybe just have it where you can get climbing gear and over time it will break, but if you have a higher skill, strength value overall, etc., then it won't break as often and you'll move faster or something.

Seriously, what the hell where they thinking? The environments are fucking beautiful, but JEEZ. Navigating these mountains and finding new areas is often a chore because the landscaping is done...well...but not well enough to allow for actually showing the way properly. The same goddamn thing happens as in Oblivion, but constantly, and worse because there's no acrobatic ability. FUCKING FUCK.

In my inventory I have quest items that I can't drop, stow away, or sell. Alright, that makes sense. You wouldn't want a situation where you accidentally did away with something important and totally jeopardized a task, side mission or not. No, that does make sense. WHAT DOESN'T MAKE SENSE is often these have an associated weight, often glitch, and sometimes have a highly unnecessary value.

I've got various quest items I can't get rid of, but there's a weight for them? The fuck? And it wouldn't be so bad, but the missions for a lot of these have technically been completed, but the item was never removed, so it's a constant hindrance for no reason other than derp game design. And again, there's a value associated with it? Why? I can't sell them even if I was totally hard up.

Oh, and it gets better. There are certain quests that, despite the fact I've completed all the objectives, didn't roll over to complete, cancelled out, or to a new objective...meaning they're just taking up space. Not nearly as annoying as the quest items themselves, but an annoyance all the same. When you're looking at a game this close to perfect, even the smallest speck doesn't go unnoticed.

Nearly Impossible To Not Be A Warrior 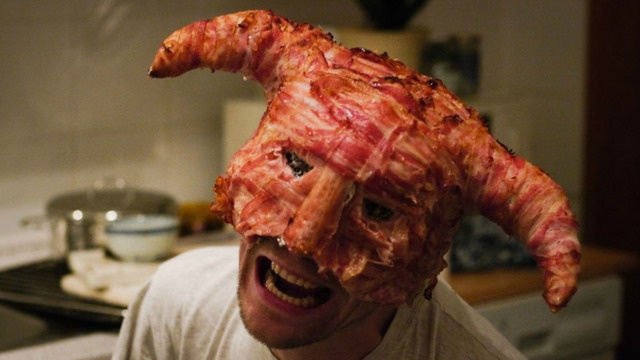 Really, I'd say it's a healthy combination of everything, but the Elder Scrolls series has always been a little...different. It's not entirely combat centered. There are MANY ways to level up and all of them are useful. Or they were. Until Skyrim. Let me be frank...if you go into this game attempting to be a master thief, you are going to fail, fail, and fail again in order to accomplish this.

Any guild will have you doing the same thing. Go here. Kill this. Come back. While the thieves guild is supposed to be about non-violence, the ideas are still similar in nature. Effectively, if you're not already on your way to being a master thief by the time you choose this guild, you will not succeed. Oh, but that's okay, BECAUSE THE TRIP TO RIFTEN ALONE WILL TURN YOU INTO A MONSTER TESTICLE WEARING WARRIOR OF INSANITY ANYWAY.

Skyrim is a game for warriors. If you do not set out initially to be a warrior, there will be a point at which the game becomes difficult enough that it becomes annoying. You will evade dragons. You will focus only on stupid non-combat shit you can to level up, just so you can add perks to something that IS combat related and probably your max HP so MAYBE...just maybe...you won't get a cornholing the next time you enter that cave to JUST STEAL SHIT OR WHATEVER BUT END UP HAVING TO FIGHT SHIT BECAUSE HOOOOOLY SHIT THAT'S WHAT THIS GAME IS ALL ABOUT, ACTUALLY.

And yet, I fucking love this game. It can feel unbalanced and unfair at times, but it's totally worth sticking with. Hell, I just love rolling over achievements, completing quests, and levelling up. It's still fun, even 100 hours in. And if I'm 100 hours in, then you know that these are still minor gripes. Seriously, if you don't own this game, you fucking suck. Go get it!
#ShareonCommunityBlogs
Login to vote this up!