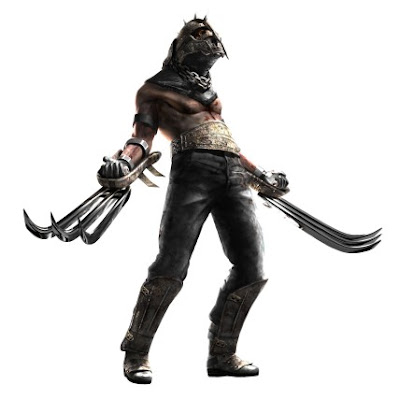 Not going to lie, this was pretty scary the first time

LOST BEYOND THE NOISE 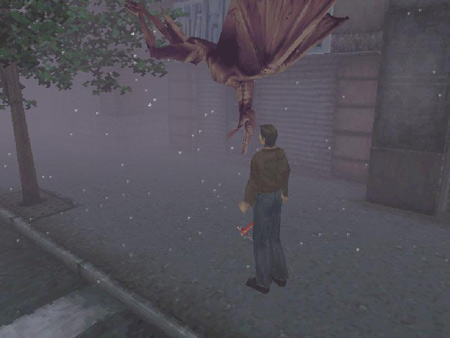 I'm currently playing the original Silent Hill and it's got me thinking. Sure, being alone in the middle of the Unknown is scary. Not seeing what's ahead of you and you can either run or fight. But what makes it truly terrifying is the lack of anything at all. You go to a room with your weapon drawn at all times. Whither it's a gun or a pipe. Once you stand there and there is no static you let your guard down. Normally this is when a monster comes up and attacks you. Instead, for Silent Hill you are given a radio early in the game. When ever enemies are near the radio would static. This makes encounters much more suspenseful. In Resident Evil, been awhile since I've played it so I could be wrong, you hear something and you know exactly where that zombie or monster is at. What makes the dogs jumping through the window such a great scare in the first Resident Evil is the suddenness of the attack. You walk in a hall and then crash. Dogs are all up on you trying to bite your face off. In Silent Hill you know there is something out there. You are not sure where or when they will attack. The way I do it is I just stand there ready to attack as whatever is about to attack me come at me. My arsenal so far includes a pipe, knife, and a gun. My main weapon is a pipe. It never damages and break. I tend to keep that with me at all times. If you think about it, it can be a great strategy or it kills the horror aspect. While I do tend to attack my attackers I don't attack everything I see. It just depends of the enemies. If I'm dealing with the small kids I just stand back and beat them with a pipe. When dealing with the dogs and the pink flying things, I'm just going to call them Flying Polyp for now on, I run away. We meet these things outside, for the time being, anyway so it's easy to out run them. Though it could be a bit difficult with the Flying Polyp seeing that you don't know which way they are coming or going and how many they are.

The wind really makes this creepy

Atmosphere is everything for a horror. If there is no sense of loss and despair when it comes to the atmosphere, then it fails as a horror game. Sure, the game could be good but for an entire different reasons than the developers wanted to convey. In Alan Wake it makes great use of atmosphere. It's trees, wind, and that ambiance makes it feel like Alan Wake is a survival horror. I love Alan Wake, I've probably mention it a few times before, however, I just don't consider it as a survival horror. Action Horror is more like it. It's got a lot of action, and it's got a bit of horror when walking alone in the dark in the woods. The unknown part is the lake itself. What gives this lake that kind of power? Why is it Thomas Zane can write something about Alan's past? And what is the dark presence? While Alan Wake have it's great atmosphere, Silent Hill does something even better. No matter where you are at, you can only see a little in front of you. You can see behind or not that much of the side. It's well known that this was because of the limitations of the Original Playstation's hardware, so what Team Silent did at Konami was to make the limitation greatest strength. It turned Silent Hill in to a lost snowy town. When you are in the dark the flashlight shows less than what is shown during the day at Silent Hill. It makes light feel more safe and the dark more ominous and terrifying. You can't see much during these sections of the game where you are walking around outside. You see even less than that when you are in a building, in my case a school.

FRAGMENTED VISIONS OF A NIGHTMARE CITY 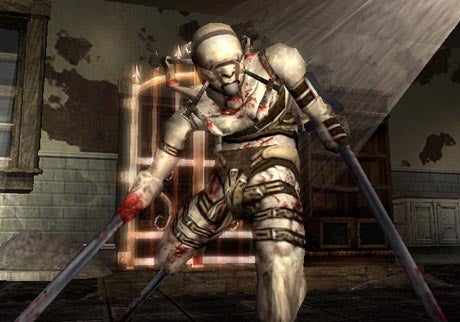 Horror does not only do for survival or action horror. Horror comes from other types of games. In Fallout 3 you can enter these vaults. Inside the vaults is experiments that went awry. These sections can be scary. It's dark, you don't know what's going on, and your next step could be your last. It leaves you wide eyed and clinching the controller wanting to get out. It may no be as scary to other people, but for me it works. That dead unknown silence. Max Payne is a straight up action game. You play as a detective in New York City on the city's worst snow storm in years. What makes this game scary? it's dream sequences. In the game they drugged you and you begin to have nightmares. Nightmares of your past. In one moment you are following a blood maze and that is all that is there. Just you, the blackness, and that red line. Then as you continue on you start hearing a baby crying. Then the baby gets louder and louder until it screeches. It does this repeatedly and it never stops till you end the nightmare. That baby screech is frighting and one of the most memorable parts of the game. It does not help that walking that line is not easy to do. Sound is everything for a horror game. The Suffering, another action game, had phenomenal sound. You hear movement nearly everywhere you go and it never stops. It feels like the monsters are waiting for you to let your guard down. When they do attack they each has the unique look to them that was designed by the late great Stan Winston. The sound matches what the enemies looked like so if you hear something you knew what it was.


THE SOUNDTRACK TO NIGHTMARES

Maybe it will let you ride it.

Music plays a big part of what makes a game scary. In Silent Hill there are no music most of the time. It's just you and your static radio whenever it kicks on. In a few instances where you are in a small area the music will kick in. It's not normal music though. There's no percussion, no medley, pretty much nothing. What it does do however is to make you feel uneasy. Uneasy that something will happen soon and there is nothing you can do about it. The music can get so intense that I felt that there is a monster bigger than anything I've faced before waiting to attack me. This is what the most loud music in Silent Hill can do. It makes me freak out and run past anything that is in front of me. Just to escape at nothing. When it's at it's lowest it makes me want to stand there and not move. Music can be a powerful thing and Silent Hill can prove that.

Overall, what makes Survival Horror work? Despite what others have said, it's not the controls or the camera. You can still make a frighting game using Gears Of War like controls. Dead Space is a testament to that. While I consider it as an Action Horror, it does do what games like Resident Evil does. It's got great sound, music, and atmosphere. To me it's all those things that makes Survival Horror work. If developers want to make more Survival horror game they need to know that less is more. Maybe it's better to be kept in the dark than knowing what's out there.
Login to vote this up!