Randombullseye on How Far is Too Far, Violence and Immersion? 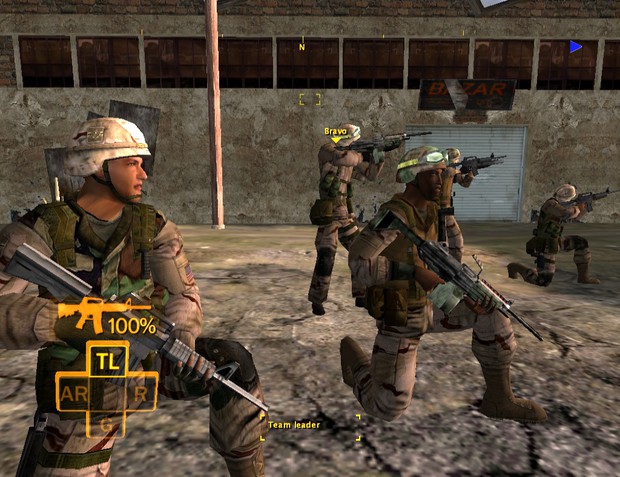 I feel awful about the world, but if we can't make jokes or try to learn from past experiences what can we do? We've all heard about army virtual reality simulators, Full Spectrum Warrior was based off of one of those programs. I'm curious to see where that goes in the future. Simulated warfare scenarios are totally a real thing, and what effect does that have on people playing them? I wonder if my cousin being an owner of the Atari Jaguar and actually owning a copy of Street Fighter: The Movie: The Game that I played at his house ever enters his mind? My other friend with confirmed kills flipped out completely from the war. Last I saw him, he was farther gone than anybody I'd ever seen, but when I brought up video games he was able to talk about playing them in his down time. A soldier I talked to online explained to me the importance of playing Call of Duty and Gears of War in his downtime, that it somehow took the edge of of real war. I was shaken to my very core by that.

I'm still expecting holodeck like gaming to be a thing sooner than later. Strange Days had that idea of living other peoples memories, but simulating their last moments in a video game context would let you change things. I've always said if my cousin had been a gun owner and not a pacifist, he would be alive and I'd be hanging out with him right now telling pussy stories and laughing about aids, but he's dead. He was a good man who was never into violence. I for one am a gun owner. I don't like the thought that somebody could just stab me to death and I've not got protection. Something my father said about guns, "never aim one at somebody unless you really want to kill them." That always stuck with me, and I've never aimed a gun at anybody.

It bothers me that video games are blamed for violence. There are some really gross games that exist out there made by racists and extremist groups for propaganda purposes, their very existence make me stick.

I love you guys.
#ShareonCommunityBlogs
Login to vote this up!