3:48 PM on 01.23.2012 (server time)    0
We’re drawing close to the release of what may be the finest game of 2012. Much like how Mass Effect 2 was released early in the year yet still managed to be many people’s game of the year despite the impressive competition that would follow, we have another year with a Mass Effect game released in the first quarter. Will the same happen again? Maybe, who knows! To me, that very well could be the case as much as I don’t really want it to be.

Oh, and the following may have potential plot spoilers.

Let me be honest with all you early on. I’m usually into pretty weird games and enjoy the sensation of dropping an obscure game in a conversation amongst friends to keep them quiet while I explain why it’s so often. I have a brief sense of coolness before they call me a loser and/or a wanker, and rightly so, and then push the conversation to more normal games. But Mass Effect is my connection to the masses. There are a lot of popular games I like, but very few of them I love; but Mass Effect is a series I love. 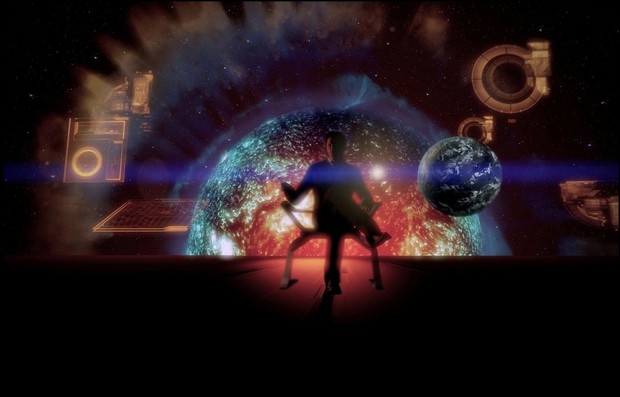 But back to ME2, though. Reading the novels along with playing really gave me a different stance on Cerberus. They were nasty people in the first game but were depicted to be morally grey in the sequel and when I played it first I was won over by them. I figured what they did was a little wrong but ‘for the greater good’ like the Illusive Man often says; I thought he had a point regarding all the questionably ethical things you do. But all of ME2 is from their perspective so give real credit for the game’s writers to pull that off, to draw you into the world and blinker you to situations that are plain to see. After reading the novels you really see them for what they are and not at all worthy of sympathy. The whole universe is impressively constructed.

Oh, and one final thing. I still didn’t manage to do the final mission with no-one dieing. Miranda and Legion ate it the first time and Samara croaked on my second go. I really don’t know what I’m doing wrong. Maybe a third attempt is due.

So I’m looking forward to where me story ends with Mass Effect 3. Roll on March!
Login to vote this up!