My side project: Video Game Wallpapers 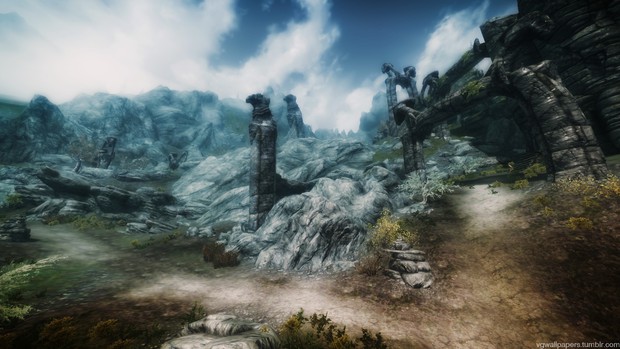 I like taking screenshots from video games, and I decided to start a blog for some of the better ones that I take. Here is the link http://vgwallpapers.tumblr.com/

I like games that I can mod and turn off the UI. I don't photoshop any of them or anything like that. I just like to grab them as they actually look.

Go get a new wallpaper, and enjoy!
#ShowonMyBlogonly
Login to vote this up!

Josh is a PC gamer. He can usually be found flying around in EVE Online. He's been known to enjoy playing role-playing games like Dragon Age: Origins, Skyrim, and Planescape Torment.

He started out gaming on an old school Atari and a Commodore 64. Defender of the Crown was the shit back in those days. He would also play things like M.U.L.E, Carmen Sandiego, Summer Games, and Mars Saga.

Once he had his first Amiga, his fate was set to become a gamer. He mostly played point-and-click adventures from Sierra and Lucas Arts, but his other favorites were Empire, Lemmings, Future Wars, Buck Rodgers, and Battletech.

These days he also enjoys The Witcher 2, Mount & Blade, Titan Quest, Europa Universalis, FTL, Dungeons of Dredmoore, and LOTRO. He likes playing older games, because they are classics for a reason. He doesn't hop onto the latest thing just because the cool kids are playing it, and he believes that 90% of what's released these days is absolute crap.

Right now his home is right here on Destructoid. He has also done some writing for Front Towards Gamer and BitMob.