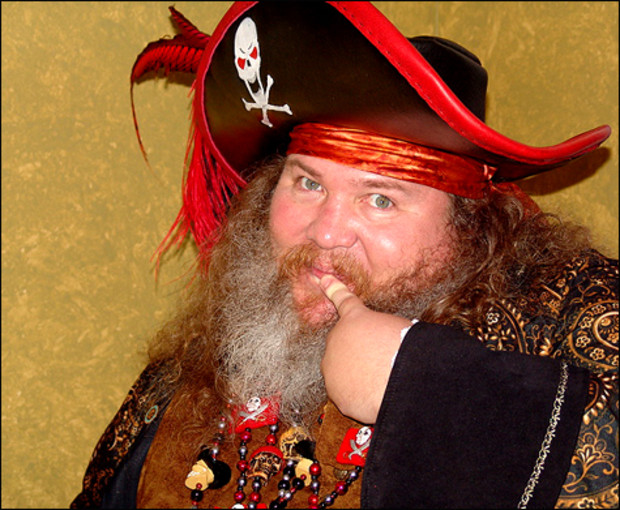 To tape that Generation X TV movie Fox did, then pass that around to your friends to make their own copies of it, isn't that piracy? Because I know a guy that did that in the early nineties. Look at jolly old England and their video nasties list. What the fuck were these assholes thinking? That banning movies would make them not be available to people that really wanted to see horror movies? No. You can't keep anyone from anything. If a guy with a hard enough dick is horny, he will find something to do with it. That vulgar logic applies to anything. If it is pleasant or unpleasant depends upon your perception of the situation. If you're making money off something, great. If you're getting something for free that your friends all have, great. If you're losing money because people are sharing things you made, bad. If you're paying for "quality" products that are available for free if you look around, bad. So what do we do? How can we stop the greatest thing that ever happened to humanity?

I don't know. How do we stop these assholes from clubbing in the internets brains out?

I really want to be successful with writing. If you want to read my shit for free, steal it. I'd rather have you read it for free, then never read it at all. Same with the eventual audiobook, steal that too if you don't feel like buying it. I want it to be super professional and expensive to produce, just like the book, but if you want it, take it. If you end up liking it, buy a copy or tell me you liked it. I'll put my e-mail right up front, with a notice saying "if you read this, tell me how you felt about it." At the very least do that much for me, because at the end of the day if I don't know you bought it, how would I ever know anybody was exposed to Bonerquest in the first place? I'd think it was a failure and a waste of at this point almost a year of writing and editing.

I don't know everything, but I know where I stand on piracy.

SOPA and PIPA can get the fuck off my internet. I want the laws to be changed to where piracy isn't piracy anymore. We're back to sharing information and files with each other freely, without any added guilt trip. I like what Alan Moore wrote in Watchmen, "Existence is random, it has no pattern save what we've chosen to impose upon it. "I say that all the time, because I really feel that way. Nothing has any value or meaning until we've chosen to apply it. Piracy is sharing with each other information, the same as VHS tapes, burnt CDs, or libraries full of copies of books. The only difference is that it is an advancement of that same idea of sharing information done better.

Look for, The Bonerquest, the first novel from Josh Hayes coming soon.

Also, cocks.
Login to vote this up!