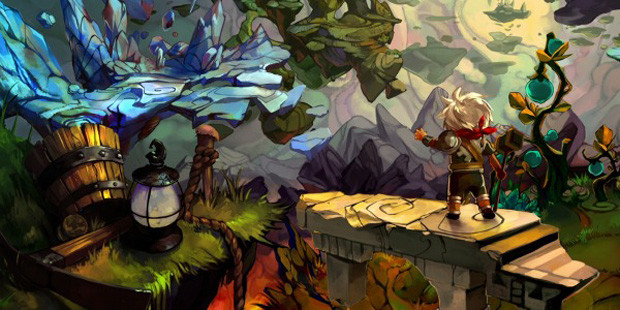 Then there is the other stuff I want to hear about in 2012. The industry scuttle-butt, the rumours and the hype.

What is Supergiant Games going to work on next? I want to know! Bastion was one of the coolest games I've ever had the pleasure to play. The team has already said that while they might give it a sequel later, their next project isn't going to be it. So what are they working on!?

How about From Software? Dark Souls has been my jam since October. It got its dark fantasy hooks in my brain and hasn't let go since. There have been rumours aplenty about whats next for the Soul's series. There seems to be some credence behind the DLC rumours going around – with the speculative name “Forest of Darkness”, it sounds just lovely. I'm down for all the Dark Souls I can get. Then we have the possibility of a PC port, but From Software is just too damn coy to give us a straight answer! In 2012, I want to hear all about my next dose of Souls!

There is a lot more to look forward to in 2012 than just the obvious big names. I can't wait to get into the year and see how some of these titles turn out.
#OpinionEditorial
Login to vote this up!