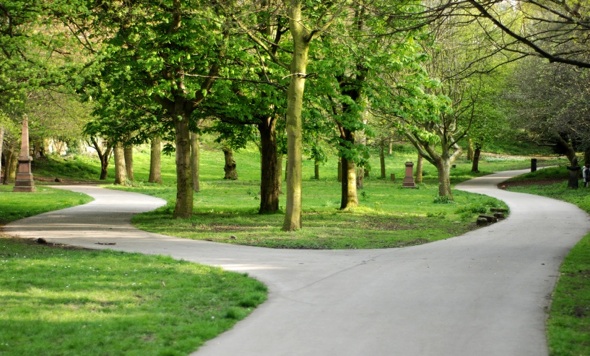 A new year, a new way. We've all made our resolutions on how to make this year better and whether we keep them or not depends entirely on how they fit with our lifestyle. Among the choices I've made this year to better myself, I've decided to change my gaming habits ever so slightly, but with what I may feel to be a big payoff in the long run -even if it's just switching genres. For many many years I've played pretty much FPS and action games. Team Fortress 2 was a staple since day one until about a month ago when the multitude of changes and the F2P herds finally drove me off. I've answered the Call of Duty many times and I've shot, burned, blasted, gibbed, chainsawed, hacked, slashed and slaughtered many a foe in a myriad of ways in many different games. One genre that's always been very hit-or-miss with me though has been RPGs. I don't have the patience for JRPG's turned-based mechanics and I've never been heavy into Fantasy or Sci-fi settings, but this year I believe I'll be able to warm to a new kind of game and I'm ready for all the new worlds, stories, characters and experiences that await me in the multitude of role-playing games that 2012 has to offer.

Torchlight 2
I first realized how much I missed a good old fashioned dungeon crawler a few months back when I dusted off Torchlight for the first time in a year or so and started crawling and cleansing the deep dungeon and exploring the nearly infinite sidequests the game had to offer. After logging a good amount of hours into that, I was absolutely ready for more. Hearing that Torchlight 2 was mere weeks away, I was so excited for it. Alas, the game was [urlhttp://www.destructoid.com/torchlight-ii-has-a-good-excuse-for-slipping-into-2012-216075.phtml]delayed into the new year[/url], but that was the first of many games I decided to keep my eye on. Plus knowing that again its only a few weeks away and being sold at a meager $20 on steam, it's an instant yes for me.

Diablo 3
Before Modern Warfare, before Team Fortress 2, and even before Counter-Strike: Source, the one game that ate the (second) most chunk of my gaming life was Diablo 2. This is to date one of the few RPGs I have ever truly loved. Early Pokemon and the newer Fable games are close runners-up, but none have come close to the expansive and awesome game that was Diablo 2. I had a crummy PC to play games on, so I missed out on many great games before 2005, but Diablo just made the PC spec limits (Unfortunately I couldn't play the expansion: Lord of Destruction, but I've lived without it... I guess.). Fast forward to 2012 and after so many years we are finally going back to the dark and twisted realm to slay demons and monsters once more. I've intentionally kept myself in the dark about most of the game's features, and refuse to watch the cinematic because when I finally install that game, for I want everything to be awesome and fresh. Of all the RPGs (let alone games in general) to come out in 2012, none come close as to how amped I am for this. Unless Valve releases Half Life 3 for free on Christmas.

Everything Else
But there are more than simply Diablo-esque dungeon crawlers coming out this year to pique my curiosity of the genre. Rock, Paper, Shotgun released a very long list of PC games coming out in 2012, and as I scrolled down I was able to note many titles that are of interest, and many of which are RPGs. Among the two already mentioned, (hopefully) coming out this year include: Kingdoms of Amalur : Reckoning, Borderlands 2, Bioshock Infinite, Dead State, and I'm hoping S.T.A.L.K.E.R. 2 sees life this year, if ever. To date the one of the only kinds of RPG's I've been able to play has been the FPS-RPG hybrid, securing my favorite genre for the perfect blend of story and gameplay, and this year has a few good titles coming out in this style.

I am hopeful for this year to show me new and exciting things, escaping the green-brown-grey killing fields of the FPS and lose myself in the immersive journeys that await me in 2012. Returning to the dungeons will be what I want most out of 2012. Not to say I'm no longer interested in FPS or action games, for this year bolsters many of those titles as well, but I'm moreso excited to have a bit of a paradigm shift and try something new. Hell, maybe I'll pick up a JRPG too, just for fun. And in addition to all these new games, I've been so impressed with Skyrim I may very well go back and give Fallout one last chance... again.

tl;dr I WANT RPG'S!
#OpinionEditorial
Login to vote this up!