People who understand emulation, even to a small degree, know all about the fantastic world of translated games that never left Japan. Most of the time it was for reasons like RPGs not selling well in America at the time, more mature content than they felt an American audience was ready for, or simply having unamerican themes in place during an era where a lot of people really fucking loved America.

So as a result, to help kick this new series (hopefully a series anyway) off, I will give an example for all three of those reasons. With that, let's get started. Now, right off the bat I can cite two reasons this never came to America. One is what I've already said: RPGs, especially in the early 90s, just didn't sell well. We've come to appreciate them more today, but Final Fantasy 6, Chrono Trigger, Breath of Fire 2, and plenty of others simply did not sell well...or at least, not nearly as well as games like Megaman X, Contra 3, and so on.

What I'm saying isn't mind-blowing; we all know this. But it also affected various games that technically should have come out, but the developers just weren't willing to risk it. The second reason this didn't come out is IT'S FUCKING HARD. Rudra is a game that at its core is already tough and punishing, but then the magic system is strange and requires you to put a significant amount of trial and error, note taking, and so on into deveoping various spells and such...and no, it's not very fun as a result.

Oh, the combat and story is fun and the presentation overall is top notch, but the game is goddamn difficult, end of story. A lot of Japanese developers at the time didn't want to release anything too terribly difficult to an American audience, often opting to send us lesser or easier versions. If you think I'm wrong, check out Final Fantasy 4 Hard Version or Ys 5 Expert.

They would often dedicate an entirely different game to being more difficult. Beyond that, how do you explain something like Final Fantasy - Mystic Quest? In Japan, it's referred to as Final Fantasy USA. Again, I don't think they thought we were STUPID, but when you see stuff like that, it's hard to know what to think. If you've played any MegaTen games, you already have a good idea of why this didn't come out. If you didn't, once again, there are two reasons it didn't come to an American market. Firstly, the game is all about demons, making contracts with demons, fighting alongside demons, and in general the occult. Now sure, there are games as early as the NES days that kinda dealt with this, but usually from the angle of "RARR, DEMONS ARE BADGUYS," not "BUT MAYBE THEY CAN BE NEGOTIATED WITH."

The other reason has more to do with this being a console game. See, it's set up very similar to that of Eye of the Beholder or Dungeon Master. It's a first person dungeon crawler. Now, at least it has an automap, so you don't really get lost, but the fact is this wasn't something that was all too popular for console RPGs back in the day. PC RPGs yes, but not console RPGs.

So you have a game released in the early 90s for the SNES that revolves around talking to demons, possibly befriending them, and it's mostly set up as a first person dungeon crawler. I can definitely see why that was a resounding PASS back in the day. 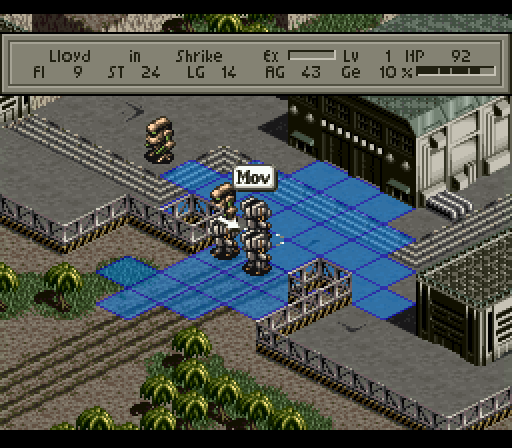 It almost feels like I shouldn't be mentioning this one because, hey, it's finally come here. However, I'm going to mention it anyway because ever since I'd played Front Mission 3, I had fervently watched for updates on the Front Mission translation until it was finally complete, then played the shit out of it, even with all the anti-American stuff. First off, anyone that's played any of the Front Mission games knows about the OCU and USN.

Now at first glance, it may not be obvious what the OCU is, but it IS pretty obvious what the USN is supposed to be: us. Granted, this is supposed to be set in a fairly distant future and hey, who doesn't want to root for the good guys (this was made in Japan after all)? But the problem is instead of making up new regions and territories, they chose us to be the enemy.

As a result, while it's a very fun game (and we'll get into a few more reasons it didn't make it in a second), it is patriotic, just in the "wrong direction." Again, this was back in an era where games "were just toys." So if your son or daughter during the time said "Mommy/Daddy, Mommy/Daddy, Mommy/Daddy! There's this new game coming out where you fight in giant robots and stuff against the evil USN!"...well, there's a good chance there would've been some outcry, even though there wasn't anything technically wrong with it.

Another few reasons it probably wouldn't have worked at the time is it was an SRPG and very grind heavy. See, yes, a lot of older RPGs required a fair amount of grinding, but we're talking spending literal hours fighting in the arena, not necessarily for cash, rather for what little amounts of experience you get to barely level up only every so often for subtle, minor gains.

Oh, it's a very fun game...on an emulator...where you can speed shit up...and have save states...but on the actual SNES, it would've been a game only for the most diehard SRPG mech fans and that would've been so far niche in America it's virtually non-existant, at least back when it was released. Sure, Front Mission 3 did pretty damn well and Front Mission 4...well, I liked it, but it posed the same issues the original FM did in terms of necessary grinding and battles taking for-fucking-ever. 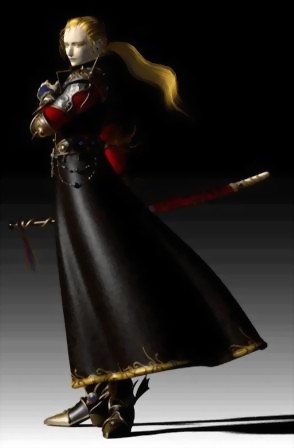 There are many reasons a game may not have come to American soil. Often the reasons are petty when you consider how great the game is, but you still have to remember that RPGs were more niche than genre back then and not nearly as widely accepted as they are today. Back in the day I was starved for RPGs and now, well...you almost can't get away from them.

Keep posted as I tackle more and more great JRPGs that never quite hit American soil soon!
#ShareonCommunityBlogs
Login to vote this up!