Resolutions: Tack a fish to a wall with a tack.

Aside from what is nice (oh I could go on for awhile about things that are nice) I'll go into my resolutions, my personal video game based resolutions, because I'm disillusioned enough to have them. Disillusioned meaning, dissolve, in this case, the psyche of a person who plays video games dissolving into the putrescence of the video game industry vat. Within this vat, the gamer psyche and aspects of the industry intermingle to create a great many things (which I will not speak of here) and one of these things happens to be resolutions pertaining to video games.

-Do not buy a Nintendo product.

I was what I called 'Nintendo Proud' until Playstation 2 was in its third year. My brother picked up a PS2, had a friend stay over for three days, all they did was play it. I watched the entire time. When PS2 was not longer the hottest things since re-fried beans and tea I got to play it. For multiple occasions I recieved PS2 games as gifts from friends. Onimusha 2, Red Faction, great games with some replay value. It was great. I didn't put my N64 into a bunker and encase in concrete by any means though, it was always connected and always there to be played.

Pokemon Snap and Onimusha 2 were games in competition for my attention, until I realized Pokemon Snap was a silly point frenzy and Onimusha 2, once maxed out really had no replay value anymore. While Red Faction, Winamp, and Perfect Dark were pretty much always enjoyable.

Time went on and my brother sold his Playstation 2 without consulting me. I had games without a way to play them, so I traded them in for a few dollars. The N64 stuck around and it still has staying power with people. Just like Sega's Dreamcast, people still play them. I won't be so bold as to say the Wii and DS are without staying power, that would be too bold a statement. Both have experiences you can only find through them. Unfortunately, Nintendo lost my favor because of Super Mario and Link from Legend of Zelda. I'm tired of seeing those same characters act as branding, regardless how great the games are.

I have met and come to know a lot of people who play video games or work at video games stores and check sites like Joystiq every hour. It's silly. Instead, I'm opting to do narrowed searches for content that I want, not content just because I have time to kill. I see this in the same way (forgive me for the bad comparison) as pot smokers. They leave their bongs on the table, in the case of people who play video games their controllers. They leave their games out of the case, or stash strewn on the table. They have high-times as their homepage, or Kotaku. It is an enthusiasts M.O. and I don't follow it.

Hardcore gamers and casual gamers are the exact same thing, expect hardcore gamers probably don't take time to do other things. There is a reason health concerns and warnings are all over packaging and start up screens, like water too much of it can be harmful. Things like eye strain and ignoring appitite can be pretty harmful to someones health. I've never been one for using denominations for types of people in a sect, cult, or lifestyle. If you drink human blood you're a sanguine vampire. If you listen to heavy music and wear all black you're either a goth or as the last few generations have come to call them, emos. These kinds of tags are wibbly and used too loosely to really have any merit. So I'll continue and do my hardest not to use them, at all.

-Do not people persons, places, or things on outlandish and unnecessary pedestals.

Specifically speaking, video games, video game creators, and where video games are made. They are nothing to worship. Its all branding and consumerism inspired product ventures. Because of this forth point I hope I will gradually find myself veering away from video games as a past time and focus on my real and lasting passions. 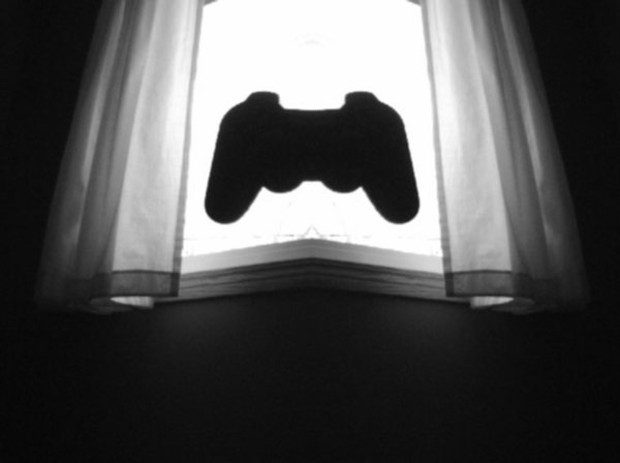