Hustle and Flow: Why Games Need to Keep it Moving

3:38 PM on 12.21.2011 (server time)    0
Heat came on TV the other day which meant much like Goodfellas and the Godfather, I had to stop whatever I was doing and watch it. Eventually, I get to THAT scene. Yeah, you know the one. I�ve seen this one scene a stupid amount of times, and it�s still thrilling after dozens of viewings. This time though, struck me as a bit different. There was a familiarity--a kind of deja vu of the entire setup, and there�s where it hit me. Heat�s heist scene feels exactly like playing Left 4 Dead. This made me realize there was something timeless between the two, and perhaps examining them a little deeper I could discover why they are so effective at what they do. I�ve come to the conclusion that there are three main things that all video games could learn from Heat and L4D: rhythm, immediacy/flow, and danger. 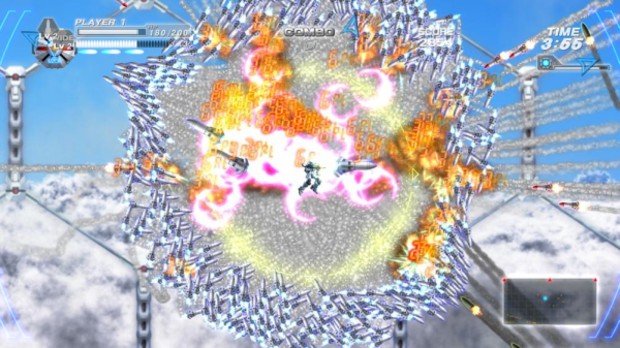 I�ve got them just where I want them


But danger doesn�t always have to be about being in bullet-hell. The entire survival horror genre USED to be based upon fear, helplessness, and the unknown. Every time you reached for a door handle, you never knew what was waiting to greet you on the other side. Suspense and the absolute lack of a feeling of safety makes for a truly immersive experience.

One of my favorite examples of this will always be Resident Evil 3�s Nemesis. You didn�t see him often, but when you did, you�d usually let out an audible scream, followed by hastily making your way to the nearest exit. Sure, you could attempt to stand your ground and exhaust all your precious ammo in hopes that he would drop before he ripped your spleen out, but it wasn�t recommended. So let�s say you made it to the door and into the next room. Time for a breather, right? Wrong. You hear the door open behind you and a familiar voice: STAAAAARS! You were never allowed to relax outside of save rooms, and frankly, you didn�t feel too safe in those either.

Sometimes the simple act of needing to run for your life makes a situation all the more thrilling. You have to ask yourself would Pyramid Head have been nearly as memorable if James could have just emptied a machine gun into his face the first time he saw him? Nowadays, most �survival horror� games look like someone set a bomb off in a gun shop. There�s no need to ration, plan, or run from anything because baby, you�ve got a NRA membership card, and you�re not afraid to use it. This short-sighted approach obliterates every iota of danger and suspense in many games. Yawn.

Put simply, a lot of games today (particularly first person shooters) are suffering from an extreme case gameplay constipation. What�s the remedy? A healthy dose of rhythm, flow, and danger. If you want to see an example of a game that does it right, look no further than Left 4 Dead 2�s final level, the bridge. The stage is essentially the �end boss� of the entire game, and boy is it a doozy. It�s actually very disorienting the first few times you play it. You are given the task of traversing the entire length of a dilapidated suspension bridge all the while fighting through an endless stream of brain-thirsty zombies. Once you figure out that being overwhelmed is inevitable, you begin to settle into a groove. You discover the feverish tempo the game wants you to operate at, and you match it. There is no thinking to be had, there are only footsteps and gunshots. You can feel the relentless grasp of death creeping in from all directions; you fear it, but you will not succumb to it. You push ahead, not only because you are fighting for your life; but because you are having the time of it.