9:50 PM on 12.16.2011 (server time)    0
My first gaming system was a Game Boy, my first console was a Nintendo 64, and my first non-Nintendo console was an Xbox 360. Ouch. This means I missed a lot of awesome games; but, thankfully, I now have the means to revisit those classics and semi-classics, and after finishing a few, I asked myself, why not accompany my experiences with words, in what is not but can potentially become a recurring thing? I'll start with ActRaiser, which is a game about how God The Master rebuilds a world, banishes a mortal enemy, and lights trees on fire for fun and profit. 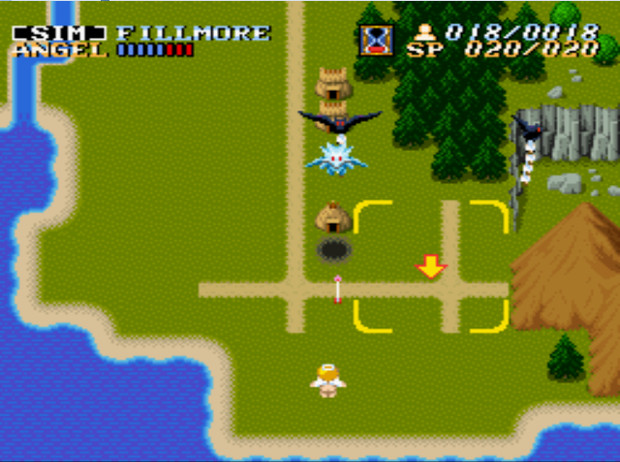 I finished ActRaiser after a few hours (maybe 6? I didn't count), and left it feeling immensely satisfied. Despite being about twenty years old, it's a perfect example of how you take two disparate genres and merge them, combining the long-term progression mechanics inherent in city-builders with rock-solid action-platforming. Looking at it, there are only a couple of niggling flaws I can really jump on; the translation is a bit poor and the city UI can get a bit cumbersome to navigate, but ActRaiser honestly provided me with a more consistently varied and entertaining package than I've found in many modern games.

A success story, then; another classic game to notch into my nerd-belt, and a very enjoyable one at that. I hear there's a sequel which is trash, but I also hear there's a spiritual successor by the name of SoulBlazer, so I guess I'll give that a shot some time down the line. I hope it lets me name my character; I could act out the adventures of Sir ASSDICKS's marginally less profane protégé, Master BUTTPENIS! Or I could search for another old-school classic I've never gotten around to. Back to the things-I-like-or-can-at-least-find-a-common-theme-to-write-by lists, then.
#ShareonCommunityBlogs
Login to vote this up!