DtoidEU: Come and join us in London this weekend! 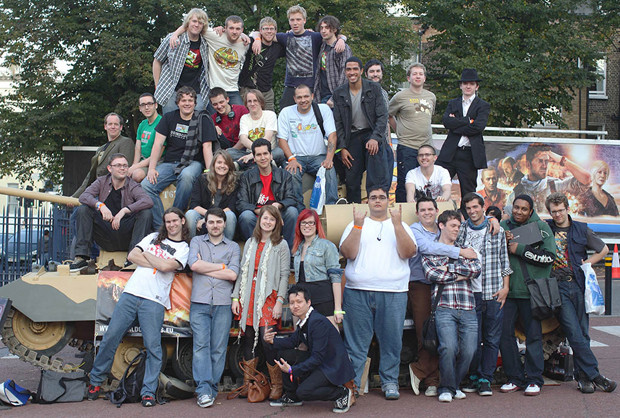 It's been a whole three months since the Eurogamer Expo and mere days since the Namco vs. Capcom Industry Fight Night, but if NARPs had a reason they wouldn't be called NARPs. If you're in the London area (or indeed, further afield and willing to travel!), here's what we're up to this weekend:

Our plans for Saturday involve the Southbank Christmas markets, the Winter Wonderland at Hyde Park, Tex-Mex in the evening and a good catch up over some drinks.

On Sunday we're heading to our second home, Bodean's, for some BBQ pig because it's not a DtoidEU meetup without BBQ pig. Finally, we're spending a few hours in Westfield shopping centre to further revel in that nauseating Christmas spirit and perhaps catch a film. (Read: talk more, find more beer.)

We've got 20-25 people in attendance across the weekend from various far flung reaches of the country, including JJMcCallum who's flying down from Scotland in what's quickly becoming routine. Major props for his dedication. It's bound to be a fantastic weekend with great company, and I may be biased, but I'd thoroughly recommend hanging out with this lot. Even Half Left.

Interested? As ever, hit me up on @chromatogram on Twitter or send me an email at [email protected] for more info, or get involved in the Dtoid EU mailer.
#ShareonCommunityBlogs
Login to vote this up!