Final Fantasy Versus Itself.

So, Final Fantasy, you may have heard of it, chances are you have strong opinions about it, and the general consensus seem to be that it isn’t as good as it used to be, when exactly “used to be” was differs from person to person, but I’d imagine most don’t exactly consider the current games to be living up to the legacy. That’s why I want to talk about Versus XIII, and its potential to revitalise the franchise, if not outright save it. (Save it from mediocrity that is, it’s not like they’ll stop making money anytime soon)

FF13 was a bit of a mixed bag, there’s been plenty of blogs about the games problems and merits so I won’t open that particular can of worms just yet, personally I thought it was a good game but a poor Final Fantasy, if that makes any sense. Instead, I’d like to look at where the franchise is headed with both 13-2 and Versus and why I think these two games are a pivotal fork in the road for SquareEnix’s future success, or at the least, their reputation. 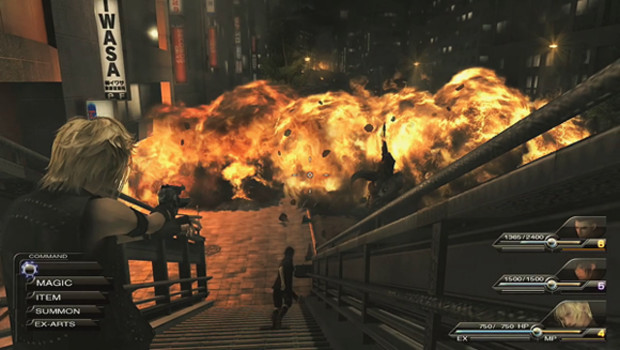 I love Final Fantasy, we all do, everyone has fond memories of it peppered throughout their life, but how many times can you reboot the same basic concept? Is there any other series in any other form of media that’s been reimagined thirteen times? Final Fantasy is like The Simpsons, it was amazing in its heyday, but it’s running out of steam, and the sad truth is it may never be as good as it once was. But maybe that’s okay, because when the Simpsons started to go downhill we got Futurama! That’s how I see Versus, not so much a hark back to the past or a huge leap into unknown territory, but a sidestep, familiar yet experimental, something fresh but still within our comfort zone, branching out but with an assured level of quality. And in the end, isn’t that what Final Fantasy has always been doing?

BLAAAH. That went on way longer then it needed to, I actually don’t feel so good about this blog, I procrastinated for weeks and even ended up writing other stuff in between. But it was just one of those weird ones you just need to get off chest and out of your system you know?

Also, that moogle that transforms into a sword and bow is just dumb. And this in coming from a guy who still thinks gunblades are cool.
Login to vote this up!